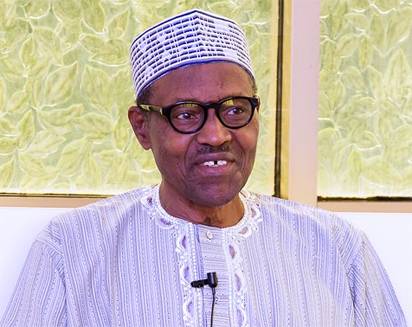 ABUJA—THE decision by President Muhammadu Buhari not to meet with the aggrieved members of New Peoples Democratic Party, nPDP, who joined forces with All Progressives Congress, APC, to dislodge PDP in 2015 elections was to show respect to the APC, a top presidential source has said.

The Presidency source also claimed that President Buhari had wanted the due process to be followed as the Vice President and the party hierarchy were handling the matter and were expected to brief him at the end of the day.

The source said talk with the aggrieved group will continue, adding that the decision of the President not to interfere for now did not mean that he snubbed them or ruled out the possibility of meeting with them at the end.

President Buhari
The members of the nPDP, who appeared to have lost out in the sharing equation in the APC had recently given an ultimatum to the ruling party to address their grievances or they will quit the party.

Despite the meeting the group held with Vice President Yemi Osinbajo and APC National Chairman, Chief John Odigie-Oyegun, non of their grievances had been attended to even as the members lost out in the recent wards, local government and state congresses.

They were promised that they would met with President Buhari to address their grievances and then accommodated in the sharing of positions and appointments, but all to no avail as the President appeared to have given less concern to their demands.

But a top Presidency, yesterday evening, explained that the decision of President Buhari not to meet with the aggrieved nPDP members, which has the likes of the Senate President, Dr Bukola Saraki; Speaker of the House of Representatives, Yakubu Dogara; Senators and some members of the House of Representatives among others was to show respect for the party, and state governors who the President believes are party leaders in their various states.

According to the source who pleaded anonymity, “a process had begun, with the party talking to those feeling estranged. The meeting had risen to the level of the Vice President. This is expected to continue.

“At the culmination of these meetings, the President will obviously be briefed. Before that point is reached, the President will not meddle or interfere. He is staying above it all, not arising from arrogance or snubbing anyone. The President expects that the due process should be observed in all situations and that is what he is doing.