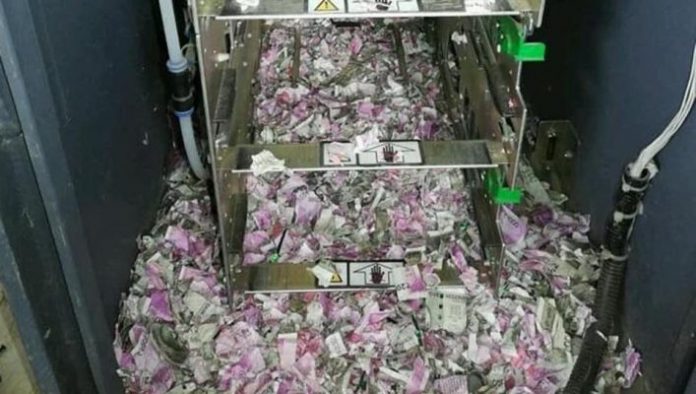 Police in India have blamed rats for nibbling on currency notes worth more than $18,173 stored in an ATM of the State Bank of India in Tinsukia district.

Tinsukia Police said it received a complaint from officials of the local branch of the state-run lender on June 14, saying they found notes worth Rs 12,38,000 in shreds in one of its ATMs on the outskirts of Tinsukia town, reports Hindustan Times

Prakash Sonowal, Tinsukia’s additional superintendent of police, said the bank in its complaint revealed that the ATM was not functional for about 12 days. “It was not dispensing cash,” he said.

An official from Sijuguri police station, who visited the ATM, said the problem was found out after a vault cutting unit arrived from Kolkata to check the malfunctioning machine. The official said the rats could have entered the machine through a small hole meant for wires.

“The carcass of a rat was found among the shredded notes,” the official said; adding that the bank officials managed to salvage another Rs 17,10,000 stored in the ATM.

The damaged banknotes were of Rs 2000 and Rs 500 denomination, the police said.

The police have ruled out any foul play even though the bank officials did not get a wind of it for more than 12 days after the ATM was shut down following technical failure.

“We have not found the involvement of any bank official or any outsider,” the police official said,

The official said that the report has been forwarded to the concerned SBI officials.

The photographs of the shredded notes inside the ATM have gone viral on Facebook and Twitter. Many have called it a demonetisation Part 2 and a “surgical strike by mice”.

Know Your Rights: You can sue if ATM fails to dispense cash despite being debited