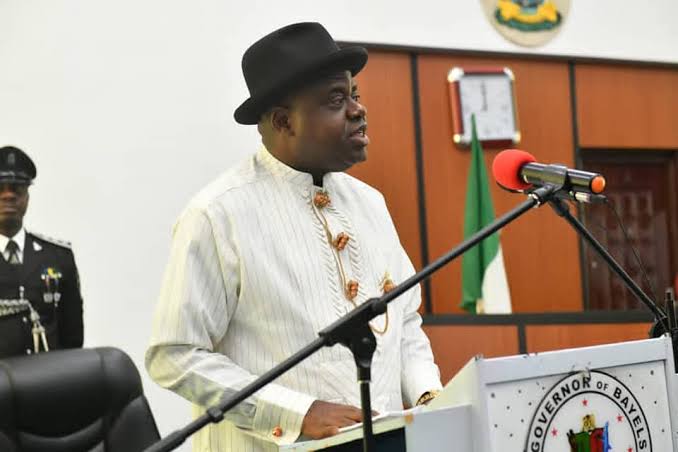 A founding member of the All Progressives Congress (APC) in Bayelsa State, Chief Lokoja Richard Kpodoh, has accused successive governors and leaders of the state of abandoning the development plan drawn by experts after creation of Bayelsa in 1996.

Kpodoh, a former security Adviser of the state, said after the creation of Bayelsa by the late Gen. Sani Abacha, experts gathered and produced a plan for the state’s development.

But he regretted that the state’s backwardness started immediately after creation as successive leaders and governors pursued selfish agenda and failed to implement the plan.

Kpodoh in a statement said the egocentricism displayed over the years by successive administrations was the reason for the endemic poverty, hopelessness and underdevelopment despite the rich resources in the state.

He said: “We were lucky to have the late General Sanni Abacha, who created the state. When Bayelsa state was created, some technocrats came up and drew a blueprint for the development of the state, unfortunately governors did not follow that developmental plan, they dumped it. All they are doing in Bayelsa state is guess work.

“Therefore, we started failing when we shunned a development plan; when governors refused to implement reasonable manifestos and when unprepared persons were handpicked to become governors”.

Kpodoh said Ijaw had persons of integrity and decided winners of elections in their parent old Rivers State but failed to deploy their knowledge and experience to develop their own state.

He said governors were fond of making fake and unfulfilled promises even when they knew they had no plan to achieve them.

He said: “When they want to come into power, they will make promises that can’t be achieved. The governors don’t even have a developmental plan to justify their major areas of concentration in terms of development.

“For instance, when you want to build a new house, you must first get your structural drawing and the house plan before you start building. But in Bayelsa state, the reverse has been the case, we don’t have a developmental plan.