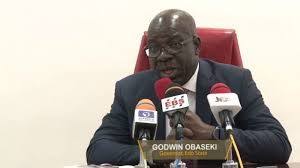 Edo State government has Friday, in Benin City, said that it has not ceded land, in any part of the state to anyone, for ranching project.

In a statement, Obaseki said, “The Edo State Government wishes to clarify that it has not ceded any land, in any part of the state, for ranching project to anyone”.

He explained, “my administration recognises that animal husbandry is a form of business which is done by private individuals, and the state government does not, as a matter of policy, directly engage in business”.

The governor reiterated that under his watch “the Edo State Government will remain an enabler of businesses through policies, incentives and laws and will continue to play this role to attract private investments that will create jobs for our teeming population”.

He however noted that “private individuals and groups that have submitted proposals to get involved in animal husbandry, will receive the support of the federal government through the Edo State government for the success of their businesses”.

The governor enjoined Edo people to ignore effort by some individuals to give political colouration to every government policy.