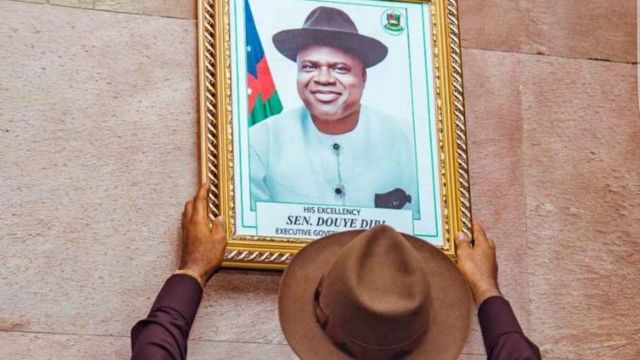 A Grassroots civil society organization Rescue Bayelsa Initiative has disclosed to newsmen in Port Harcourt that it is auditing the finances of Bayelsa State. The spokesman of the Organization Mr. Diete Michael said the essence of the audit is to ensure that the Governor Douye Diri Administration upholds the tenets of transparency and accountability in governance.

The spokesman remarked that the audit has become necessary against the background of allegations of misappropriation of some loans obtained from the CBN and the huge amount of money discounted from the N38 billion refunds from the Federal Government. In addition, the audit will ascertain income accruing to the State and expenditure, debt servicing, cost of projects to prevent over-invoicing and monies spent on projects in the Sustainable Development Goals, SDG office.

Mr. Diete observed with dismay that the Prosperity administration received the total sum of N116. 401billion from FAAC from February to December, 2020 and wondered why no project was ever implemented in the fiscal year. The Director of Operation Barr. Dennis Eluan regretted the lack of accountability and transparency of the Douye Diri Administration, adding that even the monies given to the State during the covid-19 period were unaccounted for Barr. Eluan concluded. For now, there is noticeable discreoancies between the Internally Generated Revenue, declared officially and real amounts accruing to the State.

It should be noted that Bayelsa State is one of the four States with the highest allocation from the Federation Account with a very little to show. This is why Rescue Bayelsa Initiative insists on value for money in contract execution and

Hopefully, we shall leave no stone unturned to ensure that those involved in financial misappropriation, over-inflation of contract values and outright peculation will be handled by the appropriate anti-graft agencies.

Already, our field officers who are spread across the MDA’s are quietly working with Accountants, Permanent Secretaries and Auditors to ensure that any financial leakages are documented. Rescue Bayelsa Initiative is engaged in evidence-based auditing, and her first report on Bayelsa State will be published on Feb. 14th, 2022.