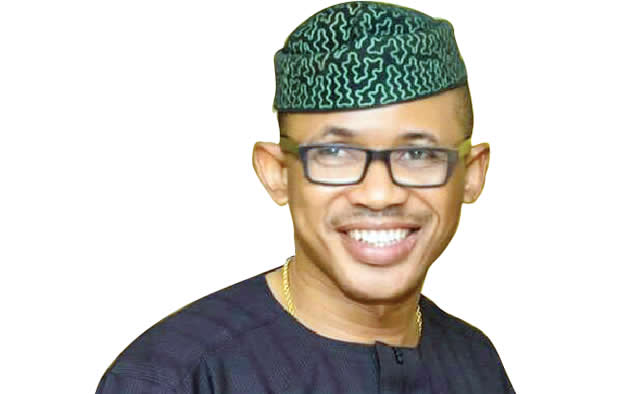 A lawyer, Dr Kayode Ajulo, in this interview with OLADIMEJI RAMON, gives legal perspective to the controversy on the right successor to the Olu of Warri stool

What are your thoughts about the recent controversy on the choice of the new Olu of Warri?

There are always controversies in such issues of the choice of a monarch anywhere in the world, it only depends on the circumstances of individual cases. Anyone familiar with Nigeria’s history should not be surprised at the present state of affairs. Nigeria, like many other countries, has  diverse cultures, traditions that span centuries. A city worth talking about would be Warri.

It would be interesting to note that in southern Nigeria, Warri, with a population of more than 500,000, according to the nation’s census, has become a major hub for petroleum businesses. Despite being a city by itself, Warri, as a kingdom, has been a perennial part of this location for hundreds of years. Led by the Olu of Warri, the kingdom has flourished amidst the changes that inevitably happen as years pass by. The Olu rules over the Warri kingdom located in Delta State, Nigeria. This kingdom has been in existence since 1480 and continues up to this day. A king or “Olu” rules Warri and the Itsekiri people.

Needless to say, the origin of the throne of the Olu of Warri has been fraught with a lot of controversies as it is the highest authority among the Itsekiri people. Anything that the Olu says becomes a law that the Itsekiris have to follow. The Olu also has the sole power to appoint all of the kingdom’s advisers and leaders.

The ensuing intrigues, which have engulfed the public space on the rightful successor to the stool of the Olu of Warri consequent upon the demise of the late Olu Ikenwoli Godfrey Emiko, has generated a lot of reactions from different quarters. Some quarters have insisted that Prince Tsola Emiko is not qualified to become the next Olu as his mother is neither from Itsekiri nor of Edo origin while relying on the provisions of Paragraph 2, Section 8 of the 1979 Edict.

Be that as it may, it is my position that the Itsekiris are migrants from Yorubaland. It must be noted that the ruling houses, which originated from Benin, are all chips of the old block. As an avid student of history, I am quite aware that the Itsekiris are part of the greater Oduduwa lineage as they represent one end of a continuum of Yoruba dialects from the northern Yoruba lands of Oyo and Offa, owing to the similarities in cultures and languages.

In your intervention, you said Itsekiri are Yoruba. Can you shed more light on this?

The Itsekiri, who are also called the Ijekiri or Ishekiri, are Yoruba. Their ruling house originated from Benin. Indeed, His Royal Majesty, Omo n’ Oba n’ Edo Uku Akpolokpolo, Oba Ewuare II, has also affirmed his Yoruba-Benin ancestry during his coronation in 2016. Historically too, it was deduced that the Itsekiris are part of the greater Oduduwa lineage as they represent one end of a continuum of Yoruba dialects from the northern Yoruba lands of Oyo and Offa owing to the similarities in cultures and languages.

Why would it have been wrong to disqualify Prince Emiko from ascending the throne of Olu of Warri because his mother is Yoruba rather than Itsekiri or Edo?

This selfish and somewhat cannibalistic viewpoint echoes the cynical, patronising gospel of nepotism and racist anthropology. It must be stressed that based on the trajectory of the history of the Itsekiri people, it is totally wrong to disqualify Prince Emiko from ascending the throne of Olu of Warri on the fanciful but rather infantile belief that his mother is Yoruba rather than Itsekiri or Edo.

As noted above, history has shown that the Itsekiri’s originated from the Oduduwa lineage who are known as Yoruba. Moreso, it must be noted that patrilineality has been the social structure in most part of Africa; the father’s line is usually used as a determinant of the practices and the inheritance of property, privileges, titles and social position.  Without prejudice to this, Section 42(2) of the 1999 Constitution (as amended) provides that ‘No citizen of Nigeria shall be subjected to any disability or deprivation merely by reason of the circumstances of his birth.’

As a legal practitioner, it would be absurd to think that the provisions of a mere edict can overturn a constitutional provision of the Federal Republic of Nigeria.

Prince Emiko, who is an Itsekiri’s crown prince of a Yoruba mother, cannot be denied the throne of his forefathers that rightly belongs to him by the circumstances of his birth and such atavistic sentiment and prevarications ought to be berated.

At the height of the controversy, the regent of Warri Kingdom, Prince Emmanuel Okotie-Eboh, suspended Chief Ayiri Emami as the Ologbotsere over Prince Emiko’s disqualification. But Chief Ayiri says the regent lacks power to suspend him and insists that Prince Emiko stands disqualified and his emergence as Olu of Warri designate is null and void. If the matter gets to court, who do you think the law will favour?

What lessons do you think must be taken away from this case?

We have laws that govern the country; we also have customs that govern the land. However, customs cannot override the Constitution.       The repugnancy test requires that any custom or customary law must not be repugnant to natural justice, equity and good conscience. The court has held in the celebrated case of Agbai V. Okagbue (1991) 7NWLR p.t 204 p.g. 391, that the importance of these validity tests is to fine-tune customs so they might maintain relevance in our legal system.

Your profile says you are Mayegun Aare Ona Kakanafo of Yorubaland. How long have you been in office and what are your specific duties?

Mayegun Aare Ona Kankanfo is an exclusive Yoruba traditional title which historically is from the field marshal of the Oyo Empire. The Mayegun is the conscience of the community, constantly speaking against the ills in society. Consequently, the Mayegun himself has to be without “blame.” It is a chieftaincy title in Kankanfo Council, which literarily means someone who stabilises the world and restores law and order in society.

In pre-colonial times, traditional rulers wielded enormous power and influence but today a traditional ruler is installed and can be removed at the pleasure of the state governor and he is answerable to the local government chairman. Do you agree with those who say the British damaged Nigeria’s monarchy system?

I will agree to a great extent that the British colonial system undermines the monarchy system in Nigeria but it behooves the people to uphold respect and maintain the dignity of their tradition which is the core of their identity. See the cases of King Jaja of Opobo, Kosoko of Lagos that were subjected to exile and the recently illegally-banished past Emir of Kano, Lamido Sanusi.

Which do you think is better between the pre-colonial time when in Yorubaland, for instance, Ifa oracle was consulted to determine the rightful person to ascend a throne and now when the decision is largely political?

I am of the opinion that this particular issue should be left for the initiated. As a legal practitioner I can only speak on the issue of law.

What should be done to preserve the respect and dignity of the traditional ruler institutions in Nigeria?

Traditional institution is a creation of law that is backed by the constitution. It is a fallout of the Constitution. Every state has a chieftaincy title law that governs them and they should seek to maximise it as everything should not be included in the constitution.

With respect to traditional rulers, they seem to be bereft of the spectrum of their powers in the Nigerian political system. Traditional rulers who are the custodians of culture and tradition wield considerable political and economic influence over the people under their rule; settling real disputes which are sometimes hard for even the regular courts of law. However, some of these traditional rulers have relegated themselves to stooges of politicians.

What important lessons should be taken from the dethronement of the immediate past Emir of Kano and the attempt to banish him?

It is trite law that where a statute provides for the procedure for doing something, nothing can be done other than in the way and manner prescribed by the statute concerned and any other manner of termination inconsistent with the statute is null and void.

One point must be stated clearly; Nigeria has moved from the Medieval era and gone beyond the era when British Administrative officers appointed to administer colonial territories and protectorates could at the shout of Jack Robinson, dethrone and deport native chiefs or emirs, restricting their movement to certain geographical locations within or beyond their domain in the name of the Queen of England.

In a democratic system, right of law and respect for the civil rights and obligations of persons residing in this country must take the centre stage and repugnant laws and practices must give way to sacrosanct provisions of the constitution.

Be that as it may, even though Governor Abdullahi Ganduje has been labouring to justify his actions, one thing is clear, Alhaji Lamido Sanusi II has moved on with his life.

Do you share the view that the roles of traditional rulers should be captured in the Nigerian Constitution?

In Nigeria, traditional rulers maintained a constitutional role under the 1960 and 1963 Constitutions. Both Constitutions created a Council of Chiefs for the regions and some of them were regional governors. Section 5(1) of the Constitution of Northern Nigerian Law, 1963 states that, “The House of Chiefs shall consist of – (a) all first-class chiefs, who shall be ex-officio members of the House; (b) ninety-five chiefs having such qualifications and selected in such manner as may be prescribed by the legislature of the region (c) an adviser on Moslem law. Section 4 and 5 of the Constitution of Mid-Western Nigeria Act, 1964 also states that, “There shall be a legislature for the region, which shall consist of the governor, a House of Chiefs and a House of Assembly and which shall have power to make laws for the peace, order and good government of the region.

5—(1) Without prejudice to the provisions of Section 9 of this Constitution, the House shall consist of – (a) the Oba of Benin, the Olu of Warri and the persons for the time being holding such other chieftaincies as may be prescribed by the governor, who shall be ex-officio members of the House; (b) fifty-one chiefs having such qualification and selected in such manner as may be prescribed by the legislature of the region.

It must however be noted that the Chief Laws of the States are a fallout from the constitution. Traditional rulers must seek to maximise the provisions of the laws which clearly delineate the function of office of traditional rulers.

‘Don’t Say My Names Are, Say My Name Is’ —Delta Speaker Lectures Commissioner Nominee During Screening