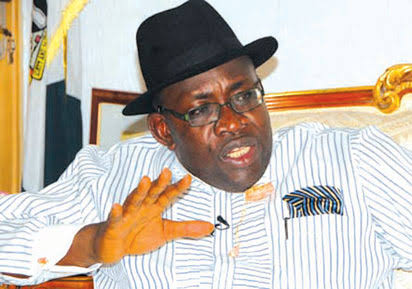 The Bayelsa State government on Thursday raised a fresh alarm that financial institutions and commercial banks operating in the state were colluding with fraudulent public servants to defraud government.

The government explained that the depth of rot being uncovered could not have been possible without the input of some unscrupulous employees of banks.

The state commissioner for Information and Orientation, Hon. Daniel Iworiso-Markson, raised this dust in Nembe during a town hall meeting.

The town hall meeting was part of efforts at galvanising support for the ongoing public service reforms in the state.

The Commissioner enjoined banks to collaborate with government in efforts at sanitizing the payroll system, warning that government will not hesitate to blacklist any bank found wanting in this regard.

In his response to the call on government to establish companies that could absolve young Bayelsans graduating from university, Iworiso-Markson said that it would be practically impossible for government to employ everyone seeking employment.

He said young people dreaming to make it big in life should rather seek opportunity in the private sector, warning that nobody can become rich in the public service unless he defrauds government.

According to him, Micro-, Small and Medium-sized Enterprises remained the potent avenue to employing young enterprising Bayelsans.

He explained that the recent 500 million naira young entrepreneur endowment fund is therefore a call on Bayelsans to take advantage of the promise of better life inherent in businesses.

Speaking on the ongoing reforms, Iworiso-Markson said the pension system will also witness reforms and ensure that only genuine pensioners receive payment.

He explained that the present administration inherited total gratuity arrears of about 20 Billion Naira and a monthly pension of N650 million.

The Commissiiner however said this is unsustainable, and advised community leaders, traditional leaders and community people to learn a hand to government by blowing whistle on culprits and big rat who feed fat on pension.

Fibereseimo said for the first time in a long time, the reform has empowered council to fulfill is obligation of regular payment of salary and embarking on projects that have positive impact in the lives of rural dwellers.

He disclosed that council wage bill has now reduced by 25 million naira with potential for more reduction.

Speakers including lawmakers, traditional rulers, labour leaders, young graduates and other stakeholders agreed that public service reform is the last option in order to save the state from collapse or bankruptcy.