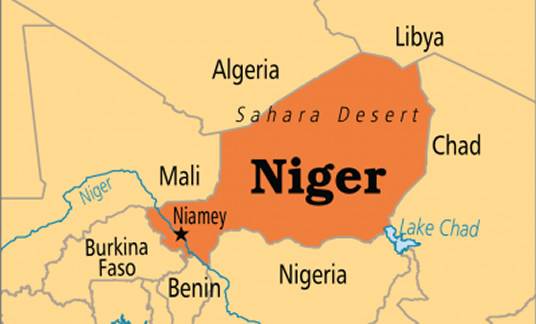 The Presidents of Nigeria and the Republic of Niger will next month sign the Memorandum of Understanding for the construction of a new 100,000 barrels per day refinery that will be located in the border town of the two countries.

It was gathered that private investors would be involved in the project, as they had indicated how much they would invest in the refinery and were ready to provide funds for the facility.

This is just as the Minister of State for Petroleum Resources, Ibe Kachikwu, revealed on Wednesday that Nigeria’s three refineries were performing at a combined capacity of about 15 per cent.

The minister, who disclosed this in his latest podcast on the refineries and local production capacity, described the new refinery to be constructed by Nigeria and Niger, in partnership with private investors, as a Greenfield project.

Kachikwu said, “One of these (Greenfield projects) is the Niger-Nigeria refining relationship. We are almost concluding the MoU to build the pipeline from Niger to Nigeria, utilising Niger’s crude. So, we have agreed to build the pipeline at the border town between Niger and Nigeria, which is in Katsina State.

“We have the private sector relationship to build 100,000bpd refinery there. Both governments have largely reached an MoU. Later next month, that is in July, the two Presidents will be in Nigeria to sign off on the negotiated basis of this relationship, and then, the private sector will then be asked to put in the funding that they’ve indicated that they have.”

Kachikwu stated that Nigerian refineries were producing at about 10 per cent when the current administration came to power and that the combined capacity utilisation of the facilities had increased to about 15 per cent.

He said, “Now, what was the state of the refineries when we came in? First, our refining capacity was less than 10 per cent. We managed to elevate it to about 15 per cent; and that’s substantially its assumed end. We’ve continued to import most of our refined petroleum products into this country.

“The effect of that is all the challenges in terms of the pricing of petroleum products and the under-recovery or subsidy as the case may be, (which) has been a subject of very many interest.”

The minister stated that the government had commenced the revamp of the refineries, adding that funding from third-party investors would be used to raise the combined capacity utilisation of the facilities to about 90 per cent.

The minister, however, noted that the challenges in the three refineries were different.

He said in-house engineers and consultants had been engaged to look at how to comprehensively address the peculiar challenges of each of the facilities.

“We are hoping that by the end of October, we should be in a position to have signed all the requisite agreements and be able to charter people to move in and begin to work. If we can by the end of the year get to a point where at least we begin the process of actual work, then I think we would have achieved the objective of beginning to revamp the refineries,” Kachikwu added.