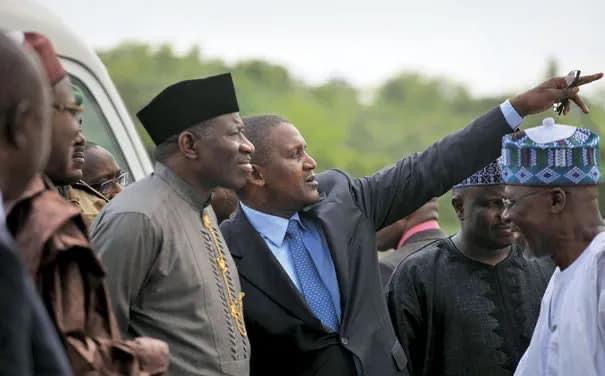 Reno Omokri, the former special adviser to ex-president Goodluck Ebele Jonathan has taken to social media to briefly comment on the current economic situation, leadership and insecurity in Nigeria during the time of GEJ as well now.

According to him, during Goodluck Jonathan’s tenure in 2013, Aliko Dangote, Africa’s richest man, founder and chairman of Dangote Cement, Africa’s largest cement producer, was ranked as the 25th richest person in the world, but now, he has dropped to 117th position.

He also said that Dangote lost forty percent of his initial net worth, while many of the people who said that they did not want the former President are now the ones who have also lost money and are suffering from insecurity.

“Under Jonathan in 2013, Forbes ranked Dangote the 25th richest person on Earth. Please research it. Under Buhari in 2021, Forbes ranks him 117th richest. Dangote has lost 40% of his 2013 net worth. Leadership matters. You can’t place a crown on a clown and expect a king. Many of those who said ‘anything but Jonathan’ have not only lost their money, some have even lost their lives to killer herdsmen, bandits and insecurity.

Meanwhile, take a look at Dr Goodluck Jonathan. He looks younger today than he was when he was President.

Be careful. Sometimes, you think you are spiting your enemy by your actions. It is not always the case. It may be that you are blessing him in disguise and stressing yourself in reality”