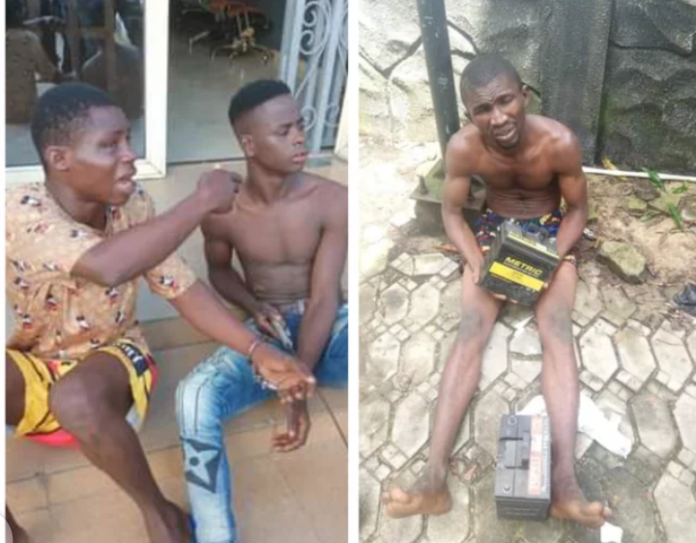 Bayelsa State Vigilante Service (BSVS) has proposed the identification and registration of scrap dealers and scavengers operating within the State, after apprehending, one 18-year-old Matthew Izibefiezem, who specializes in stealing copper wires, which he subsequently sells to scrap dealers in Yenagoa metropolis. According to the chairman of the BSVS, Hon. Doubiye Alagba, after stealing the copper wires, the suspect sold it to a northern scrap dealer, Mr. Bubarak Abdulahi, who hails from Kano State.

Explaining further to NaijaliveTv, he said luck ran out of them, when the duo had a misunderstanding over price and payment, raising suspicion that led the Bayelsa state Vigilante Service their arrest on Saturday, October 9. Hon. Alagba said that as a result of series of complaints from residents about the activities of scrap scavengers and number of criminals arrest carried out by the outfit that are associated with them, the outfit has seen the need to check and verify those who engage in scrap scavenging and buying in the State. He added that some dealers in the scrap scavenging and buying business encourage the high level of stealing and criminal activities that the state currently witness. “If you want to sell scrap metal or own a scrap dump, be ready to prove you don’t have criminal record. The new rule is an attempt to curb the recent increase in stealing associated with dealers of scrap.”he said. Also, the outfit has arrested one Lotana Ifeogbunam from Anambra State, who was caught along the Imiringi Road while trying to burgle a Lexus SUV in a bid to steal the battery of the vehicle.

The suspect, according to residents of the area, is alleged to be specialized in stealing vehicle battery, and sells his loot to scrap dealers in the state. According to the BSVS, the suspect has been handed over to the anti-kidnapping department of the Nigeria Police Force, Bayelsa State Command.