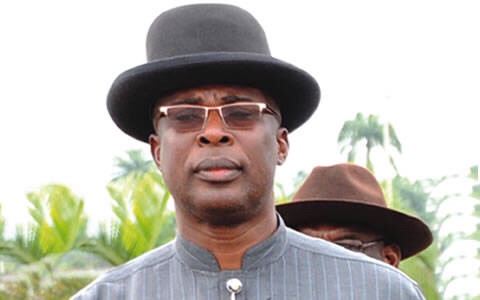 Timipre Sylva, former Governor of Bayelsa State and flagbearer of the All Progressives Congress (APC) in the 2016 governorship election in Bayelsa State, says he will someday take over from the “rats” currently occupying the state government house.

Although he didn’t explicitly mention him, Seriake Dickson of the Peoples Democratic Party (PDP) is the current occupier of the government house.

Sylva said this while speaking in Yenagoa at the formal inauguration of the state and local government executives.

Sylva, who is the leader of the APC in the state, said the party lost the 2016 governorship election because the former state executive of the party ran after money rather than victory. He added that the party was doing everything to flush out those who betrayed it in 2015.

“Gone are the days when some persona within our fold will pretend as working with us in the daytime and go to the other side at night because of money. Today, the mission to take over Bayelsa State has just begun with the inauguration of loyal members and not self-centred leadership.

“Today we are inaugurating a people-driven leadership; people who will take over Bayelsa. From here we can stand on an Olympian height and look at the centre. From now, you’ll see activities happening in the state; we’ll take over the state from the rats in power whose several years of leadership and huge monies collected is wasted.