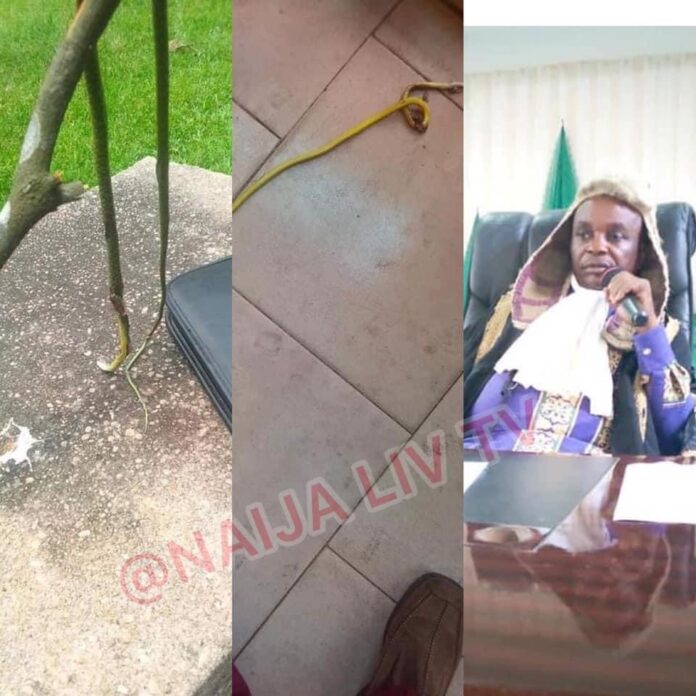 The Councillors and the Director of Finance who were scrutinizing the budget also took to their heels before they summed up courage to go and look for the evil snake.

The snake which measure about 3feet long was spotted inside the Leader’s office.

It took more than 30 minutes to search, found and killed the yellow coloured snake.

The Director of Finance who was an eye witness to the incident told the clerk of the Legislature to put up a memo for immediate fumigation of the entire Legislative building to check re occurence of such frightening scenario.

The Leader, who was terribly shaken as a result of the snake attack did not make a statement whether, the Council will go on vacation to create room for fumigation of the Legislative premises.

I hereby dispel the rumours going round that the Leader of Council had been bitten by the snake.