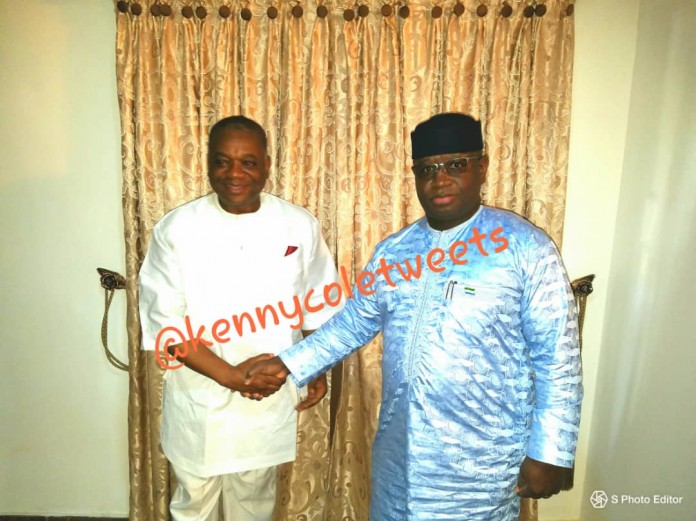 President Julius Maada who had just concluded his visit to President Buhari at the state house Abuja yesterday arrived the Aso Villa residence of Dr. Orji Uzor Kalu at 9:AM and immediately joined him for a Holy Mass at the Catholic chapel in the residence of the former Governor after which they proceeded for a Breakfast and a closed door meeting before the President finally left to the airport enroute to Freetown, Sierra Leone.

Details of the meeting were not disclosed but however inside sources said the meeting may not be unconnected to the newly Elected President’s efforts at boosting the economy of the country, reaching out to the former governor who is a major business and stake holder in the country’s economy is petinent.