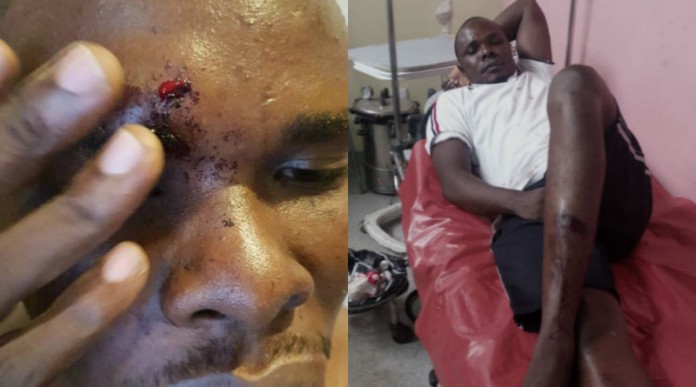 Award winning blogger, Mr. Saint Mienpamo, escaped death by the whiskers following the invasion of his home and brutalisation by persons suspected to be militants.

Mr. Saint Mienpamo, who is the CEO of #NAIJALIVETV and has worked at various times as Press Secretary to Southern Ijaw and Brass Local government chairmen and former special assistant to Governor Seriake Dickson, was beaten black and blue and abducted by his attacker at about 6.30am on Tuesday.

It was learnt that the attack on Mr. Saint Mienpamo may not be unconnected with the report posted on his blog about the alleged attack on the boat of the Senatorial Coordinator of the Bayelsa Volunteer Taskforce Mr Joseph Maciver, by some suspected members of the Bayelsa state waterway Security.

According to eyewitnesses, the suspected militants arrived Mienpamo’s home at about 6.30am in company of two policemen under the guise of effecting his arrest over alleged illegal post on facebook but he was beaten up and his naked pictures taken.

He was allegedly taken to the home of a popular former militant leader and threatened with death. But the quick intervention of the security aide to the state governor, however, saved him.

Mr. Mienpamo, from his hospital bed confirmed the incident and said his attackers took him around some parts of Yenagoa and abandoned him at the Okaka area of the state capital.

“I was beaten up for doing my work. We have already reported the matter at the Ekeki police station.”

Contacted on the development, the spokesman of the Bayelsa state police command, Asimin Butswat, said though he has not been briefed on the incident, “I will get back to you when I get details from the divisional police head in Ekeki Division.” 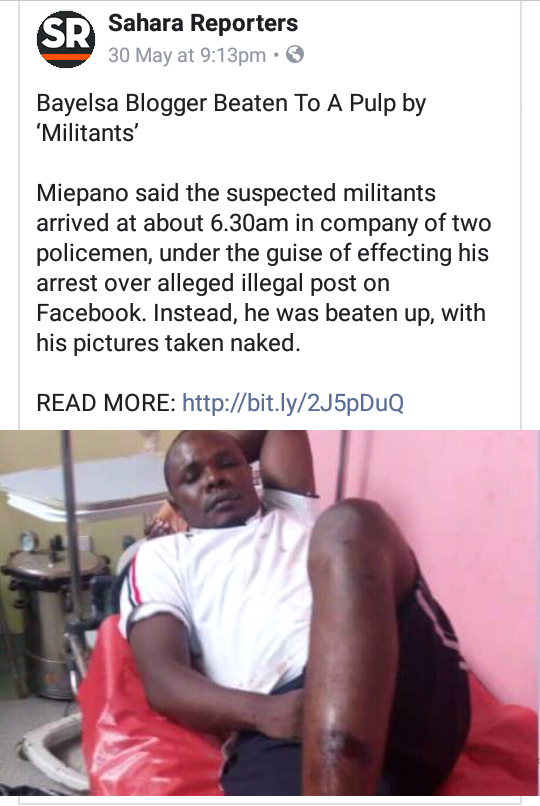 Speech delivered on the 5th anniversary of NAIJA LIVE TV by the CEO, Saint Mienpamo Onitsha on the 14th of February, 2022