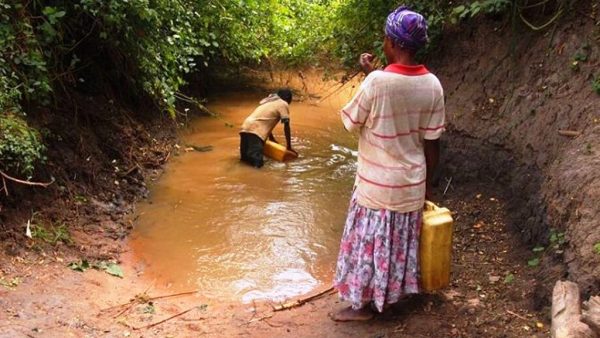 Socio-Economic Rights and Accountability Project, (SERAP) has asked the Acting Chairmen of both the Code of Conduct Bureau (CCB) and Independent Corrupt Practices and Other Related Offences Commission (ICPC) “to jointly investigate allegations of incompatibility, apparent conflict of interest and abuse of office involving Deputy Speaker of the House of Representatives, Mr. Lasun Yusuff using his personal company to win water contracts amounting to about N1.1 billion from the Ministry of Water Resources, and to collaborate with the Economic and Financial Crimes Commission (EFCC) in any such investigation.”

The organization urged the anti-corruption agencies to “prosecute Mr Yusuff and other people and companies suspected to be involved if there is relevant and sufficient admissible evidence of abuse of office and complicity against them. We urge you to take steps within 14 days of the receipt and/or publication of this letter, failing which SERAP will institute legal proceedings to compel the government of President Muhammadu Buhari to order your agencies to act in the public interest.”

In the petition dated 8 June 2018 and signed by SERAP deputy director Timothy Adewale, the organization said: “Investigating the allegations and prosecuting all those suspected to be involved would indicate your agencies’ willingness to exert your authorities and act as a deterrent against breaches of the code of conduct provisions, Nigeria’s anti-corruption legislation and international standards.”

The organization said, “Public officials allegedly securing to themselves and/or their companies and family members privileges rightly belonging to the public by by-passing or manipulating the formal procedures necessary for the award of these privileges is a textbook case of conflict of interest.”

The organization expressed “Concerns that Mr Yusuff’s alleged acts suggest abuse of his position as lawmaker, and apparent conflict of interest situation, as such acts were undertaken by the Deputy Speaker in the exercise of his legislative functions to presumably promote and advance the commercial and other interests of his own, Nur and Company Nigeria limited.”

According to the organization, “Rather than using his law-making functions to promote access to safe drinking water and sanitation services for Irepodun/Orolu/Olorunda/Osogbo Federal Constituency without any discrimination or disparity in the level of services, the Deputy Speaker would seem to be looking after his own interests and Nur and Company Nigeria limited–not those of the constituency he represents.”

The petition reads in part: “Bidding and winning the water project contract and the alleged mismanagement and/or stealing of about N1.1 billion meant to execute the project may have violated constitutional provisions and international standards on code of conduct for public officers and the Public Procurement Act.”

“SERAP notes that the Nigerian Constitution 1999 (as amended) and UN Convention against Corruption to which Nigeria is a state party prohibit conflict of interests and set ethical standards for public officers, including lawmakers. Both the Constitution and the Convention require public officers to abstain from all acts that may compromise the exercise of their public functions and are inconsistent with their entrusted positions.”

“Under article 19 of the convention, abuse of functions refers to a public official that is doing something which is illegal or something that the official has no legal authority to do, to obtain a personal economic benefit or cause an illegal damage to others. Article 13 requires the maintenance of transparent, competitive and efficient procurement systems as part of the measures against corruption.”

“Public officers also must discharge their public duties truthfully and faithfully, abide by the constitutional code of conduct, observe the primacy of public interest, and not allow their personal interest to influence their official conduct. SERAP believes that rather than serving the common interest of the public, the use of the personal and family company–Nur and Company Nigeria limited—to win over N1 billion water project contract would seem to put Mr Yusuff in a conflict of interest situation.”

“Conflict of interest represents a situation where the person exercising a public function such as law-making duties has a personal interest of patrimonial or commercial nature, which could influence the objective fulfilment of the duties incumbent on public officers.”

“The human right to safe drinking water entitles everyone to sufficient, safe, acceptable, physically accessible and affordable water for personal and domestic uses. Alleged embezzlement, misappropriation or other diversion of property prohibited under article 17 of the UN Convention against Corruption amounts to violations of the obligation to fulfill the human right to water.”

“According to reports, the Deputy Speaker allegedly used his personal company to win contracts amounting to about N1.1 billion from the Federal Government through the Ministry of Water Resources. Lasun, during his first term in the House, used his personal company – Nur and Company Nigeria limited, to bid and win two mini-water schemes in Osun State, as advertised on behalf of the ministry by the Ogun-Osun River Basin Development Authority.”

“The contracts, which are part of the National Assembly’s Zonal Intervention Projects (ZIP), otherwise known as “constituency projects,” were parts of the joint projects attracted to the state by 12 members of the National Assembly from Osun State, who had been elected to the two chambers between 2011 and 2015. Mr Yusuff, who represents Irepodun/Orolu/Olorunda/Osogbo Federal Constituency, and who was then the Deputy Chairman of the House Committee on Water Resources, allegedly used his position to bid and win the contract without the knowledge of his colleagues.”

“The Ogun-Osun River Basin Development Authority (OORBDA), reportedly said that it awarded the Ife-Odan scheme at the sum of N538,412,653.06; Ila-Orangun at the rate of N539,128,429.13 while N541,193,861.23 was approved for Ipetu Ijesha project. Several years after the award of the contract, it was yet to produce a drop of water. The Osun State Water Corporation in 2016 rejected the projects at Ife-Odan and Ila-Orangun, insisting that the contracts were not adequately executed.”

“According to reports, searches at the Corporate Affairs Commission (CAC), allegedly revealed that Nur and Company Limited belongs to the Deputy Speaker as a director, with his wife – Mrs. Omowunmi Rasheeda Yusuff and his three children – Ayomide, Feyisara and Rasheeda – also serving as shareholders and directors.”

“SERAP therefore urges you to carry out joint investigation and prosecution in collaboration with the EFCC of the allegations of conflict of interest and apparent misuse of public funds by Mr Yusuff as highlighted above, and to recover any stolen public funds. Such investigation and prosecution would help to improve public confidence in public authorities and minimize the risks of bad government by public officials.”