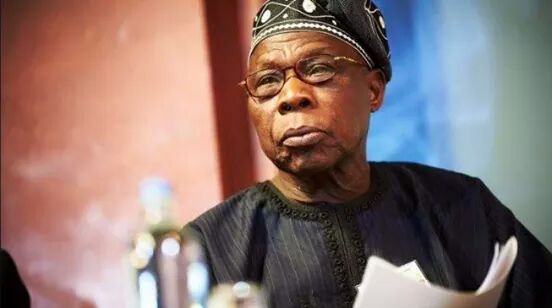 The former president, Chief Olusegun Obasanjo, has made public the report of the investigation conducted by the Economic and Financial Crimes Commission (EFCC) in 2007, on various allegations, including that of the $16 billion power project.

The about 20-page report, captioned:

The investigation according to the former Acting Chairman of the anti-graft agency was based on the petitions received from former Abia State governor, Orji Uzor Kalu and the Coalition Against Corrupt Leaders (CACOL) signed by its Chairman, Mr. Debo Adeniran in 2005 and 2007 respectively.

However, the report noted that the former governor failed to meet with the investigation team just as he refused to supply evidence to substantiate the allegations he made.

“This was followed by series of telephone calls to all his houses both in Nigeria and abroad. A final appeal, through the publication of the invitation was made in newspapers.

All these spirited efforts were unacknowledged as Chief Kalu declined the repeated invitations. The second petitioner, the Chairman of CACOL, Mr. Debo Adeniran, appeared before the Commission in Lagos and threw more lights on his write-up.”

The report added that, “letters and/or physical visits were made to various government ministries, parastatals and agencies where the team had discussions with the officials and requested them to provide information regarding the allegations made by the petitioners.”

It was reported that, “immediately the first petition was received, a team was constituted to look into the various allegations made and ensure that proper investigation is conducted. However when the second petition arrived, upon its review, it was found to be similar, and was therefore compounded with the initial one to enable both investigations enjoy a seamless process and optimization of human and logistic resources. Investigators were mandated to visit, invite, and interview any individual or group that could assist in the investigation. They were also directed to interview and obtain documentary evidence from any of the government’s agencies mentioned in the petition.”

“Further investigations also revealed that the National Integrated Power Project is currently in six zones of the country for which about N1, 230,949,066,528:99 was committed by the federal government. The projects are also at different levels of completion but as at the moment of this report, N360,714,147,700:03 have been paid out to contractors leaving a balance of N870,234,918,828:06 yet to be paid pending the completion of the project”.

In conclusion, the Commission submitted that: “Going by the evidence from the facts assembled during the course of the investigation, Chief Olusegun Obasanjo could not be directly linked with the allegations.”