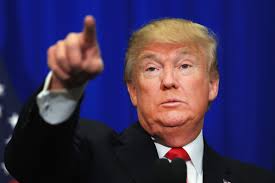 OPEN LETTER TO PRESIDENT OF THE UNITED STATES OF AMERICA, Mr. DONALD TRUMP

URGENT NEED TO SAVE NIGERIA’S DEMOCRACY

It is with great delight that I write you this letter, hoping that it meets you well. I congratulate you for having kept to your promise of “America first” so far in all your policies and programmes since assumption of office. Permit me to say that this is not my first letter to an American President, as I made a similar appeal to President Barack Obama in 2015, under former President Goodluck Jonathan, intimating him of the failings inherent in that government and thankfully he acted on the letter. I believe you will also take heed of the urgency of this appeal and act accordingly.

Indeed, your effort to make good on your electioneering promises to the American people and the world, is widely acknowledged and appreciated by all lovers of democracy. However, it is rather unfortunate that in my country, for which I now write to seek your intervention, your friend, President Muhammadu Buhari, is largely paying lip service to his promises and has refused to follow the rule of law in the exercise of his powers under a democratic setting. Democracy in Nigeria is currently facing some of its most severe threats and unless something is done, it could be derailed and jeopardised altogether.

Your Excellency sir, while you daily work to advance the cause of the United States, the Nigerian situation under the present administration, led by the ruling All Progressives Congress, has failed to promote the nation’s interest and work for the sustenance of our democracy. It was most unfortunate that when President Buhari visited you recently, he minced words on the true situation of the current happenings in the country, which pose a great threat to our national fabric of Unity, Peace and Progress. 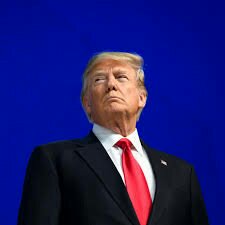 How do I mean? The ruling APC and President Buhari were ecstatically embraced by Nigerians and voted into office with a promise to fight corruption, insecurity and grow the economy in 2015. However, three years on, prevailing maladministration and insecurity have left everyone spell bound, as wanton killings by herdsmen, kidnapping for ransom, armed robbery, corruption and insurgency in the north-east still ravage the country unabated. Furthermore, the cost of fighting these deadly malaise continues to skyrocket without corresponding mitigation in insecurity. A recent example is the withdrawal of $1billion from the Excess Crude Account (ECA) to fight Boko Haram and other security challenges across the country, by the Executive in collaboration with the National Economic Council, without due recourse to the National Assembly for statutory approval. More so, need I mention that the recent advance payment of $496million to your country for the purchase of 12 Tucano fighter jets, by the Buhari-led Federal Executive Council, was done in complete violation of extant laws regarding such purchases. I must say that that action remains illegal, criminal and a breach of the Constitution of the Federal Republic of Nigeria, which empowers the National Assembly to approve all expenditures of the executive. I am aware that the United States is a nation ruled by laws and therefore cannot condone impunity and illegality of this nature – no matter the amount of benefits accruable to it from the sale. I would therefore, kindly appeal to you, to use your good offices to ensure that the $496million is repatriated into the Nigerian coffers and the deal renegotiated and made to follow due process.

I want to also appeal to you to help save our democracy by prevailing on President Buhari and his administration to respect the fundamental Human Rights of Nigerians. The right to life, freedom of association, freedom of speech and freedom from fear, torture and molestation which are irreducible minimums in any democratic setting, have taken the back seat since this administration came into power. Unfortunately, these rights are being denied under the guise of fighting corruption by the Executive and its agents. Permit me to say that the fight against corruption by the Buhari government is laudable but grossly selective. I am by no means saying the Nigerian government should not investigate and prosecute corrupt officials or those found to have looted the public treasury. I support the fight against corruption and thus use this opportunity to call on the American government to help Nigeria to win the fight against corruption. However, this letter is to intimate you on the true situation about the ongoing fight against corruption in Nigeria, which is highly selective and partisan instead of being transparent and fair. While members of the opposition PDP and nPDP are being hunted and liquidated in the name of fighting corruption, fraud allegations against close aides/allies of the President and other favoured members of the coalition that fused to form the APC are being consistently swept under the carpet, with the culprits allowed to live freely without any form of legal repercussion.

Regrettably sir, Nigerians are no longer free to express themselves or to criticise the activities and policies of the government without being assaulted or clamped down upon. For example, former President Olusegun Obasanjo, was one of those who supported Buhari and the APC to win the 2015 general elections, but today, has been branded an enemy of the state because he is criticizing the wrongdoings and failings of the administration.

Similarly, I dare say that the harassment, coercion, intimidation and humiliation being meted out on the President of the Senate, Dr. Abubakar Bukola Saraki, is basically because he emerged as the President of the Senate against the wishes of some powerful and influential members of the ruling party in 2015 and not because he is corrupt as being claimed by some agents of the executive. It is worthy of note, that H.E. Saraki belongs to the nPDP stock of the APC and his unjust trial and persecution over charges of false asset declaration since 2015 coupled with new attempts to link him with arrested murder suspects and cultists in his home state of Kwara, points to the selective nature of the fight against corruption being waged by the Buhari-administration. Note that the political onslaught against Saraki and the National Assembly under his leadership, culminated recently in the invasion of the Senate Chambers by sponsored thugs, who forcefully took away its mace and symbol of authority, without the prosecution of the perpetrators. Besides, facts have recently emerged to buttress this assertion about political persecution of perceived opponents of the government. A Special Investigator engaged by the Special Presidential Investigation Panel on Recovery of Public Property, Evangelist Victor Uwajeh, recently revealed that he was specifically directed to investigate Saraki and other PDP stalwarts who have been marked for persecution by the Buhari-led administration. Uwajeh, in a statement published by the Cable, an online newspaper, said the Special Presidential Investigation Panel on Recovery of Public Property, established by the Buhari’s administration, was specifically created to investigate Saraki, his Deputy, Ike Ekweremadu, Senator Stella Oduah, Senator Albert Bassay Akpan, ex-Vice President Atiku Abubakar, Femi Fani Kayode, Senator James Manager, Governor Nyesom Wike, Senator Jonah Jang, Patience Jonathan and the current National Chairman of the PDP, Chief Uche Secondus, among others.

Kindly note that apart from HE Saraki, all other persons listed above are members of the opposition party, PDP. Mr. Uwajeh’s statement, I must say has practically vindicated HE Saraki and other opposition members currently on trial that the allegations against them were politically motivated. Uwajeh had unequivocally stated that his refusal to work with the APC-led Government to humiliate the so-called enemies of Government has led him into exile.

I write to you because Nigeria and America have a long history of friendly relations, added to our system of government which is modeled after that of the United States. Much as the United States and other national governments assisted Nigeria to return to democracy from military dictatorship in the past and has continued to support the nation’s fight against insurgency and corruption, it is time to come to our aid once again in order to sustain our democracy and maintain strict adherence to the rule of law. I believe you are better placed to advice the current leadership on the need to obey the rule of law and be impartial in its ongoing anti-corruption campaign.

I humbly invite you to work with other defenders of democracy, freedom and human rights across the world, like the European Union (EU), United Nations (UN) and organizations like the Amnesty International, Human Rights Watch, etc, to ensure that the present gagging of the press and opposition political party members in Nigeria do not degenerate further. Help us to prevent imminent breakdown of law and order that may result to chaos and anarchy if the current atmosphere of government’s orchestrated harassment, intimidation, coercion, denial of the right to free speech and outright repression of perceived enemies of the administration, is allowed to continue unabated.

I thank you in anticipation that you will take positive steps to liaise with your friend, President Muhammadu Buhari, in order to prevent escalation of anti-democratic acts by agents of the administration.