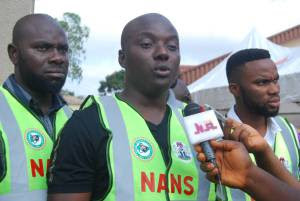 The National Association of Nigerian Students, NANS, has Friday, in Abuja, condemned the recent killings in Plateau State in which over 200 were feared dead.

Taiwo Bamigbade, NANS Senate President in a statement urged the government to urgently arrest the situation.

He expressed concern that brutal killing of human beings were becoming common in the country as value was no longer placed on human live.

The statement read, “NANS hereby condemns in totality the unceasing brutal killings of innocent citizens, including children, students and parents by suspected herdsmen in various parts of the country for selfish reasons.

“Again, we state categorically that it is an aberration that since the heinous attacks began, no meaningful arrests and prosecutions have been recorded except to console the victims, which is the height of injustice and insensitivity.

“To see helpless and innocent children and their parents massacred in cold blood as seen in Plateau State during the weekend is wicked and a great evil in the sight of God”.

Bamigbade therefore, urged President Muhammadu Buhari to take urgent necessary measures to secure lives and properties, stressing that it was the primary purpose of government.

He however described the procurement of fighter helicopters by the Federal Government toward curtailing the menace of deadly attacks as a highly commendable proactive action.

He further urged the President to rejig the security apparatus of the country for better results and demanded the arrest and prosecution of the perpetrators of the evil deeds.

The NANS Senate President further enjoined members of the public to always report any communal disputes and disagreements to security agencies for prompt action.

He also urged all Nigerians to desist from hate speeches or playing dangerous politics, and charged the citizens to report community disputes to the Police rather than taking laws into their hands, to avoid retaliatory attacks.

NANS calls for resignation of INEC Chairman, tells Buhari what to do