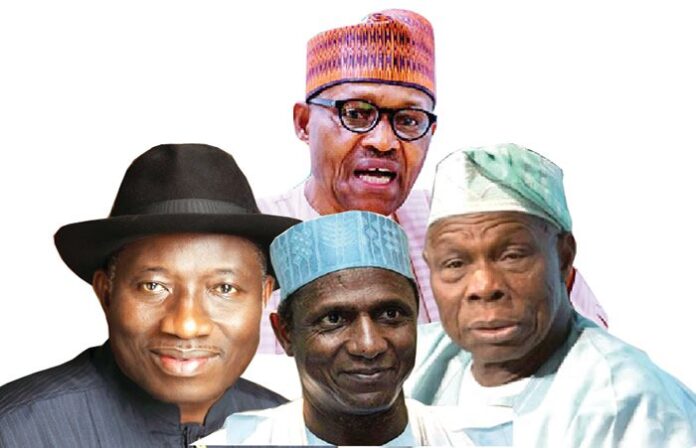 Presidential spokesman, Femi Adesina, on Thursday, sent cryptic jabs to all Nigerian Presidents since 1999, before his principal took office in May 2015.

According to Adesina, with the recently signed Petroleum Industry Act, the President, Major General Muhammadu Buhari (retd.), achieved what ex-Presidents Olusegun Obasanjo, Goodluck Jonathan, and the late Umaru Yar’Adua could not achieve in their 16-year total rule.

Obasanjo, Yar’Adua and Jonathan – – all of the Peoples Democratic Party – – were in power when Nigeria returned to democracy in May 1999 till May 2015 when Buhari of the All Progressives Congress won the presidential election.

Despite overwhelming oppositions to some controversial elements in the Petroleum Industry Bill, Buhari had assented to the bill this week, ending about 20 years legislative stalemate. The bill, now known as the PIA, will regulate all matters in the oil sector.

In a piece posted on his Facebook page on Thursday night titled, ‘PMB: Call Him The Master Finisher’, Adesina said Buhari did what “vanquished” the trio of Obasanjo, Jonathan and Yar’Adua.

“President Muhammadu Buhari has done what Napoleon couldn’t do. Again and again. The Bill had defied Olusegun Obasanjo who introduced it, got the better of Umaru Musa Yar’Adua (God rest his soul), worsted Goodluck Jonathan, but has finally been subdued by Buhari. The man has proven to be adept at concluding things that had long trounced and vanquished many leaders before him.

“The PIB overwhelmed the first to eighth National Assembly, which couldn’t pass it into law. But through synergy and cooperation between the Executive and the Ninth Assembly, Nigeria now has a law for her cash cow, the oil and gas industry, more than 50 years after the last legislation, which had become obsolete.”

The recently assented PIB had been heavily criticised by stakeholders in Southern Nigeria with the Pan-Niger Delta Forum and other groups in the South-South, South-West and South-East describing its provisions as “unjust, satanic and provocative”.

NAIJA LIVE TV had earlier reported that Southern governors last month in Lagos rejected the proposed allocation of at least 30 per cent of the profit generated by the proposed Nigerian National Petroleum Company Limited for the exploration of oil in ‘frontier basins’ as identified by Section 9 of the PIB.

The 17 governors, in a communiqué signed by the Governor of Ondo State, Oluwarotimi Akeredolu, at end of their July meeting in Lagos, said, “The Forum rejects the proposed 3% and support the 5% share of the oil revenue to the host community as recommended by the House of Representatives;

“The forum also rejects the proposed 30% share of profit for the exploration of oil and gas in the basins.

“The forum rejects the ownership structure of the proposed Nigeria National Petroleum Company Limited. The Forum disagrees that the company be vested in the Federal Ministry of Finance but should be held in trust by Nigeria Sovereign Investment Authority since all tiers of Government have stakes in that vehicle.”