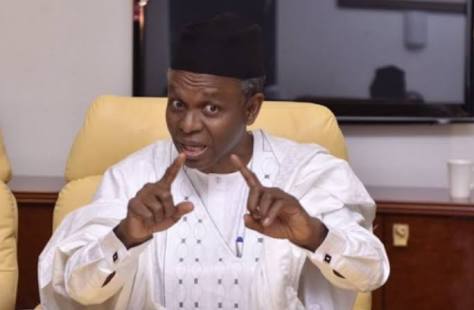 Governor Nasir El Rufai of Kaduna State has said that the recent mass sack of teachers in Kaduna will also be carried out in other northern states after the 2019 elections.

It would be recalled that the Kaduna State Government sacked about 22,000 teachers for incompetency in 2017, as part of the efforts to reform the education sector in the state. The action had attracted much criticism from various quarters in the sector.

El Rufai, who was the guest lecturer at the 4th Distinguished Guest Lecture of the University of Medical Science, Ondo town, Ondo State, said the decision to sack incompetent teachers was taken by all the northern state governors, but most of them could not carry it out for the fear of losing the next governorship election scheduled for 2019.

At the lecture entitled ‘Transforming Nigeria’s educational System: Looking back and looking forward,’ the governor said the educational policy and programme of his administration were aimed at eradicating the poor educational system in Kaduna.

He said, “We have different governors’ fora in the country. We also have the Northern Governors Forum where we share experiences. I can tell you that many of my colleagues from the northern states told me that what I was doing was right. They told me that they had more serious cases in their states, but they couldn’t do anything about the problems.

“So I think after the next election, you will see a lot of the reforms happening because many of the governors will decide to do the same thing. It is just that they are not as reckless as I am. We took a collective decision because it was the right thing to do. If you don’t do this, why not walk away from the governor’s seat?

“What is more important to me is education. Many of my colleagues have talked to me in private that they would do the same thing (sack teachers) after the election.”

“I am very grateful to Mr. President. He came out clearly and supported what we did in Kaduna. No professor of education supported us. We had to ask ourselves questions repeatedly, if we were doing the right thing or not. But the moment we started receiving support from top Nigerians, we were convinced that we were on the right track,” the governor stated