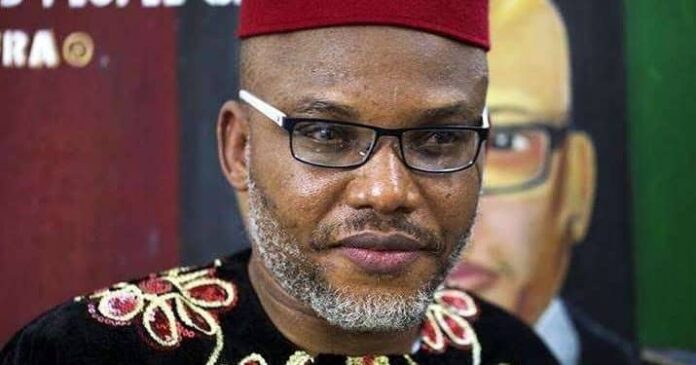 *Indigenous People of Biafra (IPOB) has denied alleged compromise or betrayal of the struggle by its leader, Mazi Nnamdi Kanu over the suspension of the earlier announced Monday’s weekly sit-at-home across the Southeast.

It also regretted the ‘barrage of insults’ rained on its leadership over the adjustment, warning that such would not be tolerated.

In a statement from its Media and Publicity Secretary, Emma Powerful, IPOB explained the adjustment by its Directorate of State, DOS followed direct order from the highest authority in its hierarchy.

It described as embarrassing and unfortunate the derogatory attacks on its leadership over the decision, stressing that those that misconstrued the action or twist it for ulterior motives had lost focus of the struggle’s ultimate objective.

The statement reads in part: “We want to make it clear to all that the adjustment by the Directorate of State, DOS was in fact as a result of a direct order from the highest authority in IPOB hierarchy, and does not in any way suggest compromise or betrayal of the struggle as being insinuated by some uninformed fellows and agent of provocateur.

Those trying to misconstrue the action of DOS or twist it for ulterior motives may have lost focus of the ultimate objective of the struggle. The derogatory attacks on DOS and leadership over this strategic decision are not only embarrassing but very unfortunate.

How can anyone in his/her wildest imagination contemplate that the DOS can take any action that will or be induced by anybody to sabotage the Biafran struggle?

This great IPOB worldwide family, has an undisputable leader in the person of leader Mazi Nnamdi Kanu and his order is final. The Directorate of State cannot in good conscience wilfully disobey our leader’s order and at the same time expect Biafrans to obey instructions emanating from the DOS.

The DOS does not mind being insulted by Biafrans, but one thing that needs to be made clear to IPOB family members worldwide, friends and detractors alike is that the Directorate of State of the Indigenous people of Biafra cannot by any stretch of imagination be compelled or bamboozled into disregarding or disobeying a direct order from our leader.

“Those outside the leadership can never know more than the leaders. What is expected of every IPOB family member and Biafrans at this point is loyalty and consistence. The DOS knows what is at stake, understands the terrain and can never betray the trust reposed on it by the leader of this great movement and by Biafrans.

The adjustment of the sit-at-home is sacrosanct because the order of leader Mazi Nnamdi Kanu must be implemented fully. Biafrans and residents of Biafra land are therefore free to go about their legitimate businesses every Monday without fear, intimidation or molestation by anybody. Sit-at-home will be observed only on days our leader will appear in court, and on such other days our leader Mazi Nnamdi Kanu will give the order.”