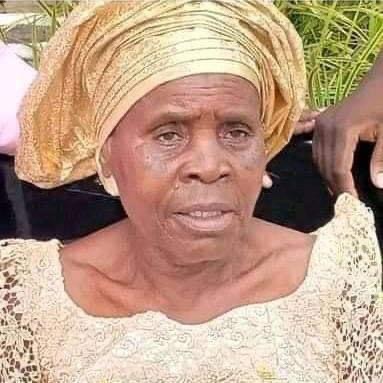 About 25 days after the abduction of the 86 years old mother of the Secretary to the State Government of Bayelsa State, Madam Betina Benson, the Nigerian Army has arrested a 27-year-old suspect.

The arrest of the suspect is coming few days after the Nigerian Army took over the investigation into the kidnap case.

The kidnappers had earlier demanded a ransom of N500 million for her release.

NAIJA LIVE TV had earlier reported that her abductors who invaded her residence at old Assembly quarters, Azikoro road, Yenagoa were reportedly dressed in military uniform.

The suspect whose name was given as Stanley Woniowei, is an indigene of Olugbobiri community in Southern Ijaw Local Government area of the state.

NAIJA LIVE TV gathered that the Nigerian Army troops from 16 Brigade are leading a joint operation with other security agencies in the state to rescue the abducted 86 years old victim.

Investigations showed that the arrested suspect was allegedly involved in the abduction on the 20th of July at the Old State Legislators quarters off Azikoro road in Ekeki area of the state.