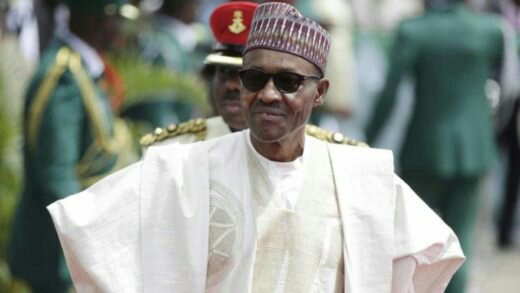 The Buhari led Administration through a released signed by the SA to the minister of Information Alh. Lai Mohammed in an attempt to pull the wool over the eyes of Nigerian upon the alarm raised by former President Obasanjo have in a characteristic manner demonstrated cowardice by being vague in its response.

Watchers of the Buhari Administration have reason to believe that indeed such a devilish and sinister agenda may just be in the plan of the government for the list of all their Gestapo and Desperate actions abound.

Is this not a government that just a few days ago attempted to rope the Senate President Bukola Sariki with murder, going to the absurd level of accusing him via a press conference all in a bid to continue the insensitive agenda of shaming all Nigerians with opposing views to the government?

Is it not this same Buhari government that has focused its anti-corruption fight against opposition members and those who hold opposing views?

Is it not this Buhari led administration that has practically divided the country into ethnic cleavages with its clannish and parochial tendencies that have seen family members and cronies take over the running of the seat of government?

Nothing can be put past this government and therefore if President Obasanjo raises an alarm, the nation will do well to be extremely vigilant and keep a close watch on the Buhari government and its operators.

There is no traction to be gained by the recent honour done the winner of the June 12, 1993 election in person of M.K.O Abiola, for the government to say it has gained traction with it is to spit on the grave of Abiola and those who suffered for democracy which president Buhari is enjoying and almost turning into a civilian dictatorship.

It is imperative to also state that there is a time in the life of a nation when it needs to close ranks and focus on activities that can leapfrog the country’s development for nations the world over are reinventing themselves to be open to creative ideas and sustainable growth and Nigeria must shape up for the world won’t wait and it seems the Buhari Government’s way of doing things will lead the country nowhere. Little wonder the entire country is under stress.

Nobody is distracting your government and no one is crying wolf indeed like the saying goes there is no smoke without fire and a leopard can’t change its spots.