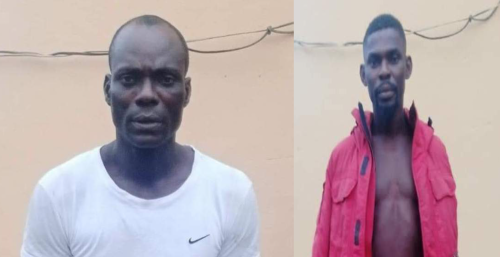 Operatives of the Nigerian Army and the police combing the South-East region for suspected Indigenous People of Biafra (IPOB) and the Eastern Security Network (ESN) members have now changed tactics by looking for notable herbalists in various South-East towns.

NAIJA LIVE TV learnt that the army and police operatives launched a manhunt for witch doctors in the region, accusing them of spiritually fortifying IPOB and ESN members.

NAIJALIVE TV learnt that without detailed investigation, they arrested at least four herbalists and local priests in Abia, Anambra, and Imo states in the last one week, killing one of them.

NAIJA LIVE TV was told that the security agencies’ clampdown on herbalists and traditional priests in the last two weeks is linked to the allegation that IPOB and ESN members use metaphysical powers provided by the herbalists to evade arrests and kill military personnel.

A top source said, “A popular native doctor in Nguru, Mbaise in Imo State, popularly known as Duru Azubuike, was killed by a joint military and police team on Saturday, June 12.

“Azubuike was a respected herbalist. After his death, the police went to Anambra State and arrested two other herbalists. The herbalists were usually at the Njaba River Banks and conducted various local sacrifices for residents. They had nothing to do with IPOB and ESN.

“The police claimed without any evidence that the native doctors prepare charms for ESN and IPOB men.”

SaharaReporters learnt that not done, the army and police joint operation went to Ohafia community and arrested two other herbalists said to be working for the ESN and IPOB.

NAIJA LIVE TV in May reported that the Nigerian military had drafted reinforcement troops from some of its formations fighting insurgency in Borno State to join the troops in the South-East region over the military’s clash with IPOB and ESN operatives.

President Muhammadu Buhari had about a month ago held a meeting with the service chiefs and the Inspector-General of Police at the Presidential Villa, Abuja, telling them to adopt certain security measures in the South-East and the South-South geopolitical zones of the country.

A former US Ambassador to Nigeria, John Campbell, had, however, on May 24 condemned the Inspector-General of the Police, Usman Baba, for clamping down on IPOB and ESN operatives and violating the rules of engagement.

Campbell had called on President Muhammadu Buhari to caution the IGP in the interest of national unity while insisting that Operation Restore Peace launched by the police and the military to clamp down on IPOB members should be dissuaded by the Presidency in the interest of peace and unity of the country.