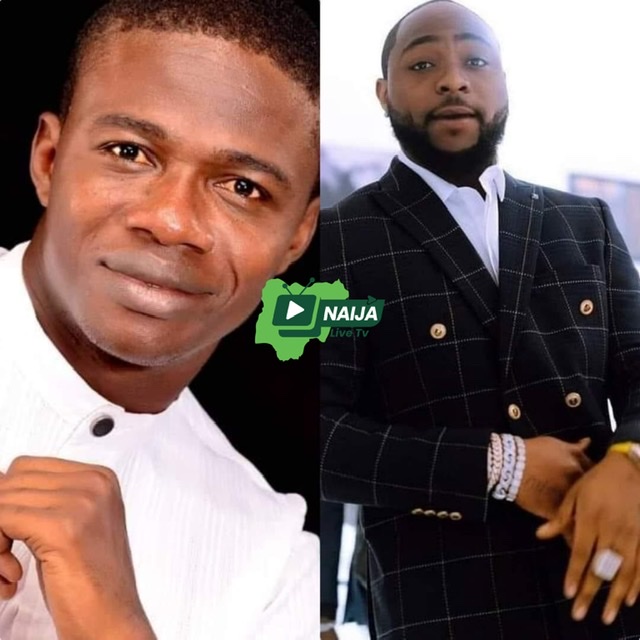 A cleric identified as Goodheart Val Aloysius has reacted to the donation of award-winning Nigerian singer, David Adeleke, popularly known as Davido to orphanages across the country.

Aloysius in a post said the Davido Music Worldwide boss would not make heaven if he fails to pay tithe from the two hundred million naira donated to him by his friends.

NAIJA LIVE TV had earlier reported that Davido garnered over two hundred million naira after charging his friends and colleagues to donate N1m each for his birthday.

Davido in his post had said he wanted to use the money to clear his Rolls Royce at the port.

The singer to the surprise of many added fifty million naira to the donation and gave it to orphanages across the country.

Davido constituted a 5-man committee to see to the donation to orphanages and added that the gesture will become an annual activity.

Aloysius, however, in a post on his Facebook account wrote “Brother Davido, if you don’t pay tithe from that money given to you by your friends, I am afraid you won’t make heaven.”

ALSO READ;Davido neglected me in my time of need but donated N250m to orphanages — Baba Fryo

In a related development, a Nigerian singer Baba Fryo, born Friday Igwe has revealed how Davido refused to help him in his time of need.

In a video posted on his Instagram page, the veteran singer stated that when he was depressed his colleagues which includes Davido and 2face refused to offer any form of support.

He said that it was quite hilarious if people like him who are popular were ignored then it would be ridiculous to believe orphanages with unknown individuals would be offered help.