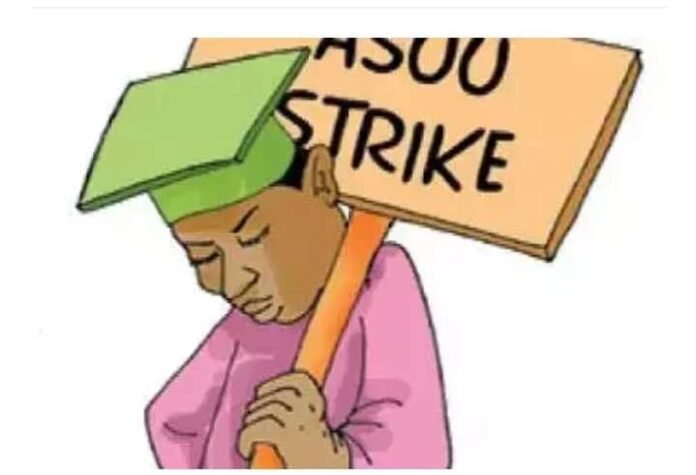 Unarguably, one sub-sector that has witnessed industrial disharmony in Nigeria is the tertiary education sub-sector. For the past ten years, the Academic Staff Union of Universities, ASUU, has embarked on industrial actions for ten times. In fact, in 2020, ASUU closed Nigerian universities for 274 days. The university system has been burdened by incessant and often prolonged strikes, with incremental changes. Everyday, the, same issues are discussed but agreements are not implemented.

Whereas a section of the Nigerian society believes that the Federal government has been borrowing humongous amounts of money to fund the ostentatious life styles of political office holders, the universities which have the responsibility of producing the manpower to run the economy is sorely neglected.

A senior lecturer in the University of Lagos disclosed that a Professor earns less than five hundred thousand naira (N500,000.) as take home pay per month. He also lamented that university lecturers can no longer pay their bills in health, education of their children, welfare of families and the general wellbeing of teachers in the Ivory towers is on a downward spiral.

The central tendency is that each time university teachers threaten to embark on strike, they are called to an emergency meeting and agreements are written, then the federal government breaches every grain of the agreement to set the stage of another negotiation. When such negotiations fail, then another bout of strikes begins.

This trend has been a recurring decimal for 15 years running. The general perception is that while ASUU might change strategy for demanding for the welfare of her members, we have an insensitive leadership that patronizes only political institutions.

Only a couple of days ago, the leadership of ASUU appealed to the federal government to honor the 2017 and 2020 Memorandum of Action (MOA), noting that the delay in implementing the MoA would lead to an industrial action.

Teachers in some Nigerian universities are being owed 13 months salaries because of non-subscription to the new Integrated Personnel Payment System. ASUU allege that the President has approved monies for personnel payments, teachers claim that they are denied the right by the Accountant General of the Federation Mr. Ahmed Idris.

The argument that Nigerian Universities are underfunded is an under-statement. Like other public institutions in the nation, there is proliferation of Universities at both federal and State levels. The exponential expansion of the university system is not matched by funding. Since 2009, the welfare package of teachers has been violated by politics of funding. The take home pay of an average lecturer cannot take him home.

This is happening amidst the proliferation of universities in the country. In some States, universities are established without recourse to funding. Most libraries and laboratories have been turned into archives and museums. Allocations deployed to research is vanishing. In Nigeria universities, applied research can only take place in partnership with funding agencies.

In university ranking in Africa in 2021, Nigeria’s best university- the university of Lagos ranked 42nd in Africa. This implies that Nigerian Universities have lost their competitive edge in Africa, as she has been displaced by South Africa, Egypt, Ghana and many other countries that do not have as much economic potentials as Nigeria.

Nigerian Universities suffer infrastructural decay. Extant laws on university governance have not been reviewed for more than two decades. The financial bleeding of institutions is worsened by low internally generated revenue, as most of them have infrastructural deficits. Besides, sources of IGR to universities are so few that they cannot create any substantial impact. Whereas, some Vice-Chancellors are trying to attract funding, administrative corruption remains the bane of running universities efficiently.
Collective agreements resulting from the resolution of industrial disputes are never implemented. Government has been playing the blame game instead of tackling the main issues.

University classrooms are usually over-crowed because they admit students above their carrying capacity. In such circumstances, effective teaching and learning can hardly take place. The quality of graduates is diminishing and even the credibility of lecturers is being interrogated. With entrenched demotivation in university and the flourishing of systemic corruption, the emergence of private universities may be justifiable. However, there is the perception that private universities where huge school fees are charged, are believed to be compromising standards. Indeed the phenomenon of privatizing the academe has far-reaching implications on quality.
ASUU has legitimately placed a demand bothering on the welfare of teachers.

Inevitably, ASUU’s interminable strikes have not solved the challenges of teachers’ welfare; industrial disharmony has kept the university community suspicious of government policies, fueling distrust and trading of blames between government and the academic community.

The issues involved are not all too obvious before the public, hence public perception on teachers’ strike elicits enormous sympathy in favour of the students who are often seen roaming the streets. The effect of teacher’s strike on the students is the most visible impact that is seen by the public.

The Nigerian University system is expanding very fast. It has 129 universities, 100 Polytechnics and 85 Colleges of Education yet no sub-sector of the tertiary education system is free from the crisis of funding. They are not sophisticated enough to generate up to 10% of their recurrent expenditure. They do not command recognition to such an extent as to attract research grants from global financial institutions. The crisis of funding has affected teachers-student ratio, laboratories, libraries, teacher’s welfare and the general tone of the institution.

The incessant university teacher’s strikes have stigmatized the universities as grim, joyless places where no serious teaching, research and learning takes place. Dialogues between government and lecturers have often led to move suspicion between town and gown, but strike is the only weapon that can be deployed by ASUU. So whether ASUU strikes are effective or not is immaterial for Nigerian University teachers to secure their survival and welfare, strike has become indispensable.
Government should make policies geared towards the implementation of collective agreements.

Bringing back the University to compete with others at the continental level requires the provision of infrastructure. Deliberate efforts should be made to increase the carrying capacity of Nigerian Universities to generate revenue to fund research and improve the carrying capacities of institutions. ASUU strike has impacted negatively on university ranking in Africa.

As long as government fails to fix the university system there cannot be a guarantee for systemic stability.

Since the teaching manpower is the most invaluable asset of the university system, prioritizing teacher’s welfare is the surest way of revamping the system. Whether Government will be faithful and committed to the adequate funding of universities will be seen in governmental policies and programmes designed to standardize university operations and at the same time cater for the welfare of teachers.

Dr. John Idumange, Is a Public Intellectual, Write from Yenagoa.