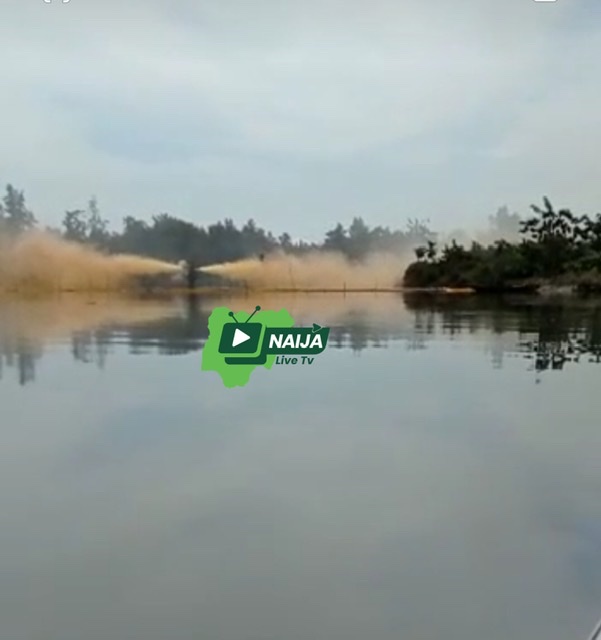 NEMBE: Aiteo Eastern Exploration and Production Company says it is seeking foreign technical expertise to halt the ongoing oil leak at an oilfield it operates in Nembe, Bayelsa.

Aiteo, in a statement issued by its spokesman, Mathew Ndianabasi, noted that it has intensified its response by seeking the assistance of other oil and gas exploration firms to contain the spill.

The statement is coming on the heels of a reaction by Gov. Douye Diri of Bayelsa who criticized the pace of response and Aiteo’s inability to halt the leak which has continued to pollute Nembe creeks and farmlands.

Diri had warned the oil firm to be ready for the consequences of neglecting the negative impact of the incident believed to have been caused by equipment failure.

The governor said his administration remained committed to defending the welfare of the impacted residents.

The News Agency of Nigeria (NAN), however, learnt that officials of the indigenous company had visited the leadership of the impacted communities to empathise with the victims.

The firm handed over four truckloads of food items, medical supplies and N5 million cash while it battles to stop the leak.

Aiteo, an indigenous oil firm which acquired the Oil Mining Lease (OML) 29 following the 2015 divestment by Shell, maintains that the leak was caused by sabotage by oil thieves who have become an obstacle to oil production and export from the asset.

NAN reports that OML 29 acquired for about $2.4 billion consists the 97km Nembe Creek trunk line which evacuates crude from onshore oil wells within the oil bloc and other operators to Bonny Export Terminal.

“Though spills of this nature are not uncommon to the oil and gas industry, their resolution requires expert skills and equipment that are not routinely or readily available.

“The typical process is to first kill the well and stop the leak and then focus on the clean-up, aside urgent possible technical responses to contain the leak.

“Aiteo has sought active collaboration with Clean Nigeria Associates (CNA) and has since mobilised to site, in addition to Aiteo internal resources to reinforce containment and recovery efforts.

“CNA is the industry non-profit umbrella body with expertise and resource to contain spills of this nature.

“In the meantime, however, the area has been cordoned off and CNA is mobilising additional resources to strengthen the containment effort.

“The required apparatus, including heavy duty and specialist equipment are presently being mobilised, locally and internationally, on a fast-track basis, to bring the well under control.

“For this purpose, Aiteo has on-boarded the involvement of the renowned, Boots & Coots, arguably the leading well control company in the world, working with a local resource.

“Upon this intervention and conclusion, it is expected that the persistence of the leak alongside its functional consequences will be abated and significantly diminished,” the oil firm stated.