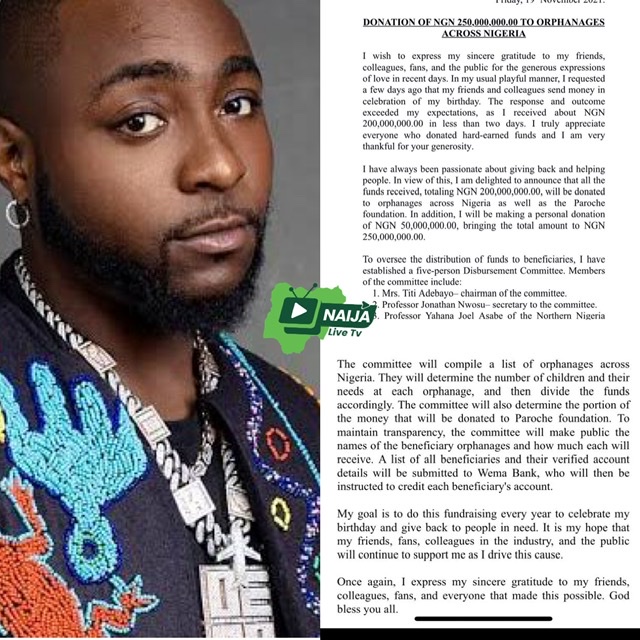 Popular Nigerian singer and music executive, David Adeleke otherwise known as Davido has donated all the money he received during his 100M challenge ahead of his birthday.

He donated N250million to all orphanages across Nigeria.

The singer made this known in a statement issued on Saturday, November 20, 2021.

In addition to the 200 million naira received, he made a personal donation of 50 million naira, bringing the total amount of money to N250 million, to be distributed to orphanages homes across the country.

He constituted a five-person committee to oversee the distribution of the money.

The singer also revealed that he intends to do a fundraising every year to celebrate his birthday and give back the donation to the poor.

Davido shared a copy of the statement via Twitter and wrote;

”We rise by lifting others”

Read the full statement below:

Davido: Real reason I donated N250m to orphanages in Nigeria