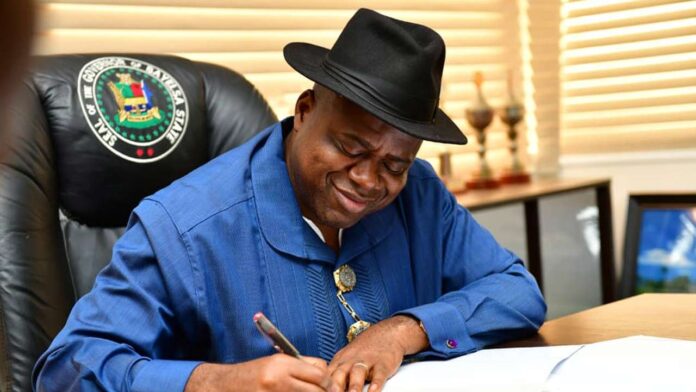 Bayelsa State Government and the construction firm, Remanton Services Limited have opted for out of court settlement over the payment of the sum of N1.056billion being outstanding debt owed for the construction of the State High Court Complex.

The owners of the construction firm, Remanton Services Limited, in a statement on Thursday confirmed that the contempt proceeding filed against the State Attorney-General and Commissioner of Justice, Biriyai Sambo (SAN) over his refusal to obey a court order is also being withdrawn.

The managing Director of the construction firm, Mrs. Boma Onokojo in a two-paragraph statement sent to NAIJA LIVE TV, confirmed that the two parties involved in the suit numbered YHC/26/2019 and YHC/25M/2021 are on a peace pact discussion to prayers sought state high Court sitting in Yenagoa, the Bayelsa capital.

NAIJA LIVE TV reported that the State High Court sitting in Yenagoa had threatened to commit the State Attorney-General and Commissioner of Justice, Biriyai Sambo (SAN) to jail over his refusal to obey a court order directing the State Government to pay the sum of N1.006billion being payment for the construction of the State High Court Complex.

According to the Court, in a suit numbered YHC/26/2019 and filed Rematon Services Limited, against the State Government and the Commissioner of Justice, the Attorney-General, Biriyai Sambo, who is supposed to be the custodian of the rule of law had also declined the second order of the court for the state government to remit the same sum into the court account while pending an appeal in an higher court.

After refusing to honor the judgement of the Court ordering the respondent to pay the remaining N1.056billion of the total contract sum of N2.083,100,069billion to the claimant, the court in another order issued by Justice D.E.Adokeme in YHC/25M/2021 refused the stay of execution motion filed by the respondent counsel Tarilade Inomoghe Esq and that the State Government should pay the judgments sum of N1,056,157,040 into an interest yielding account in the name of the Chief Registrar of the Bayelsa State Judiciary.

The Court has again, after the refusal of the Attorney-General and Commissioner of Justice to respect the order of the court and shun threat of being committed to jail, ordered that the claimant, Rematon Service Limited serve the respondent through substituted service by pasting it on the gate of the Ministry of Justice.

The judgment creditor, Remanton Services Limited through Mrs. Boma Ojokojo, the Widow of the Former owner and Chief Executive Officer, Mrs. Boma Ojokojo, had approached the State High Court to claim that the total contract sum for the construction of the Bayelsa State High Court complex is N3,563,100,069,00. ,”the claimant only received N2,576,943,029,17 from the respondent therefore the defendant are still owing the claimant the sum of N1,056,157,040,71.”