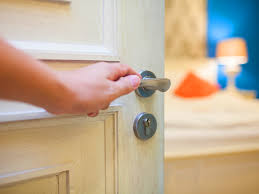 My name is Isabella and I am a woman who has been married for 21 years. I live here in Accra Ghana with my husband. Even though we haven’t had children of our own and are in no rush, we hope and believe that God will bless us with our own children.

Before I married my husband, I never intended to do this. Despite the fact that he is rich and handsome, I never wanted to marry him because he was too old for me. My husband is 45 years old and only 21 years old. You can imagine the big difference between our age difference. And I practically stick with him and do what he wants because he’s my senior.

I never wanted to marry him my age, but my parents forced me to marry him. My father threatened not to teach me at university if I didn’t marry him. He said he would carry on from the last part he left.

My father told me that it would be very difficult for me to find another applicant who was as rich as him. However, my mother persuaded me to marry her and assured me that I would have luxury and live comfortably.

After we got married, my husband displayed some attitudes he never showed me. He stood outside at night and stayed in the bathroom for hours whenever he returned home. I tried to warn him about it, but he always told me it’s all about business. Staying up late is based on business.

I took the time to tell my friend Isabella, my childhood friend, the whole problem of how my husband always came home late and how long it would be in the bathroom, she suggested something. He told me to attack him while he was in the bathroom and find out what he always did there. At first I refused because he could make me do it, but on second thought I agreed to do it.

Around 11pm, my husband returned late as usual and went to the bathroom as usual after dinner. He stayed there for about 45 minutes. Then I encourage people to do what my friend tells me to, because that’s the only way I can understand what got him so far. I forcefully pushed into the bathroom and when she saw me my husband was trying to turn off his laptop, so I was fast enough to take the laptop from him. Then I saw the chats he had with several people on his laptop.

I asked him what he was doing with such chatter because I saw where he was going, he gave a suspicious answer. Then I found out that my husband was involved in an internet scam called Yahoo Boys. He asked me several times not to tell anyone. Because it will damage his image and personality.

I was struggling in my mind not to tell anyone. I didn’t know whether to tell my parents or his own parents, my pastor, or report it to the police. Please, what should I do in this situation, because even Christianity and Islam as dakwah religions are against all forms of deception?