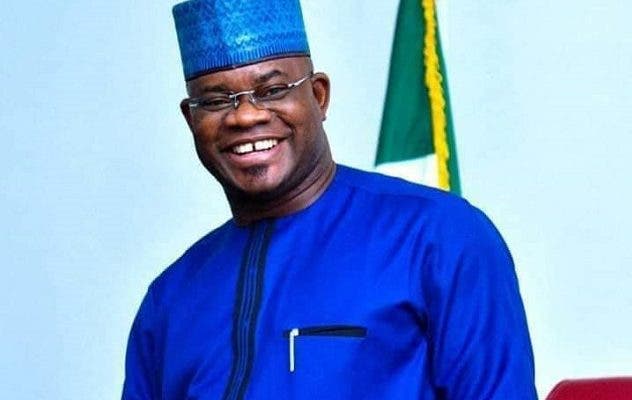 The aspiration of Kogi state governor, Alhaji Yahaya Bello to succeed President Muhammadu Buhari in 2023 got a step closer following the demand by Forum of North Central legislators that the Presidency be zoned to the region in the next general election.

Convener of the forum and former Speaker, Niger State House of Assembly, Marata Gumi, made the demand while reading the communique issued at the end of the forum meeting held in Abuja yesterday.

Gumi said the State Houses of Assembly legislators in the zone were not interested in the chairmanship position of any political party but the presidency seat in the 2023 general elections.

The legislators also called on the federal government to as a matter of urgency “embark on the construction and rehabilitation of all federal roads in the zone as soon as possible.”

Speaker of Kogi State Houses of Assembly, Prince Matthew Kolawole, while fielding questions from newsmen said the demand of the forum was not about Gov. Yahaya Bello’s 2023 presidential ambition but the interest in the zone.

He however added that the position of the forum would serve the best interest of the governor, being that he is the only one yet to show genuine interest in the race from the zone.

“So far, the only person we have as of today asking for the Presidency position is Bello. I will say what we did today favours him 100 per cent, but that does not really mean that this is limited to the All Progressives Congress, APC.

“We want other parties to come forward to contest,” the Kogi speaker said.

On his part, Speaker, Benue States House of Assembly, Uba Titus, said the demand of the forum was not about any individual.

“We are saying that all political parties in the North Central should produce a candidate so that the entire world will know that this time around, we are serious and it is time for North Central to produce the President,” he noted.

Breaking Up Nigeria Unacceptable, Government Must Deal With Secessionists...

Military women can wear hijab if it protects them...