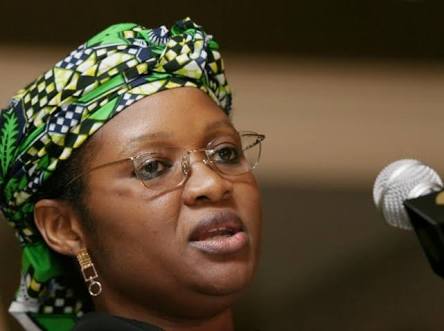 In a motion on notice filed through her lawyer, Chief Ferdinand Orbih (SAN), the former minister of state argued that the inclusion of her name on the looters’ list while her case was pending in court was contemptuous.

Justice Rilwan Aikawa on Monday granted Usman leave to serve Mohammed a notice to appear before the court and explain why he should not be committed to prison for publishing her name in looters’ list while the matter is ongoing in court.

Usman, in the motion on notice, said Mohammed was aware of the charge against her yet he caused to be published a list of looters in several media platforms on April 1 where her name featured prominently as having looted N1.5billion.

“Other than the instant ongoing charge for which applicant is standing trial, having pleaded not guilty thereto, she has never been charged, tried or convicted of any criminal offence whether for looting public fund or any other crime.

“The said publication has prejudiced the applicant in the minds of the public and was intended or likely to interfere or obstruct fair administration of justice in this charge, where the complainant/respondent is yet to conclude its case,” Usman said.

In a supporting affidavit deposed to by a litigation assistant at Synergy Attorneys, Sesan Adebayo, the deponent said Mohammed committed the alleged contempt in response to the Peoples Democratic Party (PDP) demand that the Federal Government should name looters.

“I believe that if the alleged contemnor is not made to show cause as to why he should not be charged for contempt and purge himself of the willful contempt of the authority of this court by committing him to prison, he will continue in his contemptuous activities thereby making mockery of the judicial process,” Adebayo averred.

The court ordered that the May 2 motion on notice and other accompanying processes be served on the alleged contemnor by substituted means at his Plot 864, Cadastral Zone, Utako District, Abuja, office.

It followed Orbih’s prayer for substituted service as the alleged contemnor’s address is outside the court’s jurisdiction and he may be difficult to reach personally due to elaborate protocols and bureaucracy involved in reaching a minister.

He said: “I have perused the application including the supporting affidavits and I am satisfied that the application ought to be granted. The application is granted save that it should be served on his (Mohammed’s) confidential Secretary in Abuja,” he said

The court also held that such substituted service of the motion on notice and all other relevant process shall be deemed to be good and proper service on the alleged contemnor.

They pleaded not guilty to the 17-count charge of laundering.

The former ministers were charged along with former Chairman of the Association of Local Government of Nigeria (ALGON) and ex-Chairman of Kagarko Local Government Area of Kaduna State Mr. Yusuf Danjuma and a company, Jointrust Dimentions Nigeria Limited.

Count one of the charge reads: “That you, Nenadi Esther Usman, Femi Fani-Kayode, Danjuman Yusuf And Jointrust Dimentions Nigeria Ltd on or about the 8th day of January, 2015, within the jurisdiction of this Honourable Court conspired amongst yourselves to indirectly retain the sum of N1,500, 000,000.00 which sum you reasonably ought to have known forms part of the proceeds of an unlawful act to wit: stealing.”

The four were also accused of indirectly retaining N300million, N400million and N800million, all proceeds of corruption, according to EFCC. The prosecution said they allegedly committed the offence between January 8 and March 25, 2015 ahead of the general election.

The trial could not proceed yesterday due to the absence of a prosecution witness.

EFCC’s lawyer Mr Idris Mohammed said the third prosecution witness (PW3) who ought to be cross examined, was pregnant and on bed rest.