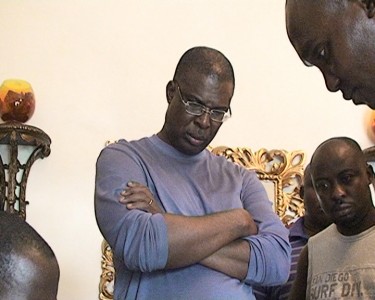 A Chieftain of the All Progressive Congress (APC) in Bayelsa, Elder Christopher Abarowei has faulted the claim by the former Governor, Chief Timipre Sylva that the desperation by some party members for money robbed the party of victory in the last governorship polls in 2016.

According to Abarowei, the claim of the Former Governor is filled with lies as he was solely responsible for the dismal performance of the party during the Governorship polls due to his penchant for running the party as a sole administrator and refusal to accommodate various shades of opinions within the party.

Elder Christopher Abarowei, who is a chieftain of the APC in Sagbama and was among those violently attacked during the Governorship election by hired political thugs, said the Former Governor and one of the leaders of the party, Chief Timipre Sylva lied by pointing accusing fingers to some party members other than himself for the loss of the party during the last election.

According to Abarowei, in a statement issued yesterday in Yenagoa and titled “SLYVA’S LIES: ,stated that “We view with utmost disappointtment the comment by one of the leaders of the APC, Chief Timipre Slyva that he lost the 2015 governorship.As a hallmark of a good leader is to accommodate different shades of opnion so as to win the ultimate prize of occupying Creek Haven in 2019 and stop dishing out despictable languages in trying to score very cheap political points.”

“These cheap political points, which should be reserved for the opponents as we work assidiously for the success of our great party in the 2019 elections both at the state and national levels of governance.We therefore see his claim of betrayal as trying to hold to any available straw in trying to deny the fact that he is a serial loser.”

” Let us remind Slyva that he did not physically attend any of our congresses in the state in 2014 and never knew the source of the funding of these processes. It is therefore unacceptable, insultive and childish for him to say he was betrayed by the same people who laboured to build a solid foundation from the modest 43,000 membership to what we have now.”