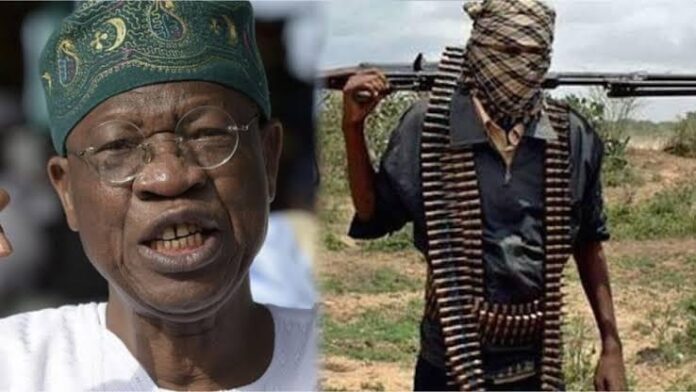 The minister said bandits and terrorists operating across the northern region should not be seen as running their own enclaves outside federal jurisdictions just because they have the ability to amass financial gains through violence and intimidation.

“The issue is not about bandits collecting taxes,’’ Mr Mohammed said. “But that’s not the same as saying there is a new caliphate.”

Mr Mohammed said there are several communities across the South where armed thugs impose levies on residents without consequences.

“Do you know how many places in this country where area boys collect taxes and there is no banditry there?

“I don’t want to mention names. In many of our cities, they carve out their own territories. So what they are writing is nothing. It is not indicative that the bandits have taken over,” the minister said at a press briefing in his office on Thursday.

Whereas there are street thugs in Lagos and other southern cities, they operate largely under the shadows. But insurgents and bandit gangs in northern communities often sack security forces and introduce quasi-administrative roles to government trapped locals.