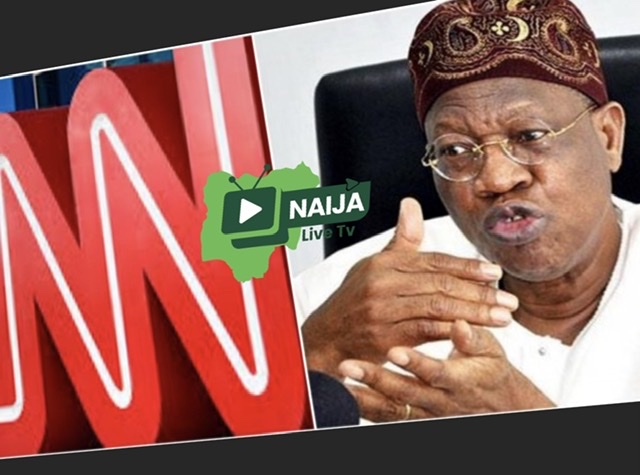 Lawyer to an international media company, Cable News Network (CNN) has demanded an apology from Nigeria’s Minister of Information and Culture, Lai Mohammed, for tagging its investigative report on the Lekki shootings as fake.

It gathered that Mohammed had on several occasions after the shootings on October 20, 2020, insisted that no life was lost, describing the incident as “a massacre without bodies.”

The minister even threatened sanctions against the media house and demanded apologies from CNN, Amnesty International other persons who reported the loss of lives during the incident.

But in a statement on Tuesday by CNN’s Nigerian counsel, Olumide Babalola, asked Lai Mohammed to publicly apologise for misleading Nigerians on the Lekki shooting.

Babalola stated that the Lagos #EndSARS panel’s report had vindicated CNN’s investigative report on the night of October 20, 2020.

He sympathised with the families of all the victims of the Lekki massacre, while he prayed for the souls of the departed.

The CNN lawyer, however, hopes that the Lagos and Federal government implement the report in full.

He said, “Alhaji Mohammed had consistently claimed that the CNN’s report of massacre was false, but the panel has vindicated the CNN’s position on the gruesome and wanton killings at the Lekki tollgate.

“Without necessarily saying more on this, since the same minister had earlier called on the CNN to apologise for fake news, which has now been quasi-judicially proved to be true, one would think the honourable thing for Alhaji Mohammed to do, as an elder statesman and learned gentleman, is to apologise to the CNN especially.

“However, as we continue to wait on the minister and the Federal Government’s next move, I sympathise with families of all the victims of Lekki massacre, while we pray for the souls of the departed and hope the government implements the report in full.”