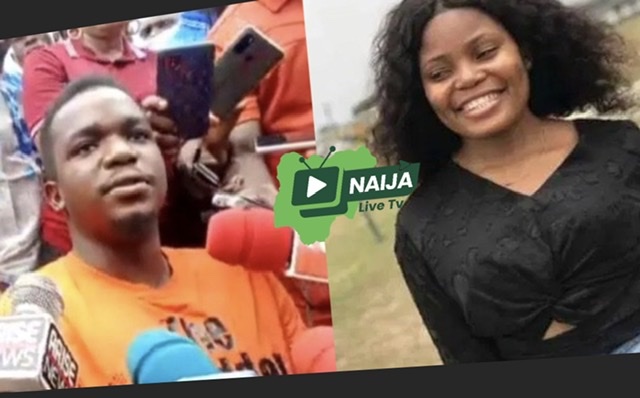 Twenty-year-old Uduak is standing trial alongside his father, Frank Akpan, and elder sister, Anwan Akpan, for allegedly raping and killing the victim under the pretext of offering her a job.

Umoh, a resident of Lekki in Lagos State, who posted what her late friend went through in the hands of her supposed employer on Facebook, told the court that the late Umoren had on April 29 told her that she was going for a job interview in the Uruan Local Government Area, Akwa Ibom, but that she did not have transport fare.

The witness said she transferred N2,000 to her bank account to enable her to pay for her transport.

She added that before leaving Uyo for Uruan, she told Umoren to send the phone number of the person she was going to meet and to put on her phone’s google map location, which she did.

Umoh added that after a while, Umoren informed her that she had arrived at the venue of the job interview in Uruan and met the person who invited her.

The witness said she was shocked when, suddenly Umoren sent her a voice note on Whatsapp, where she was screaming, adding that she called her mobile number only to hear more screaming and the call ended abruptly.

She said, “After calling the number repeatedly without any response, I made posts on social media tagging the face of Uduak Akpan, the accused, whose picture was got from his Facebook page.”

The witness said one Miriam Akpan commented on the Facebook post that she knew Uduak, adding that she had been a victim of his fake job interview in his hometown, Uruan, where he sexually assaulted her, took her nude pictures and seized her phone with support of his sister.

The fourth prosecution witness and elder sister of the deceased, Miss Ifiok Umoren, told the court that she had reported the missing of her younger sister to the police in Uruan, who told her to wait for 48 hours.

She said at the expiration of the 48 hours, on May 1, 2021, she went to the Anti-Kidnapping Unit of the Akwa Ibom State Police Command and she was told that Uduak had confessed that he killed Iniubong Umoren and buried her in a shallow grave.