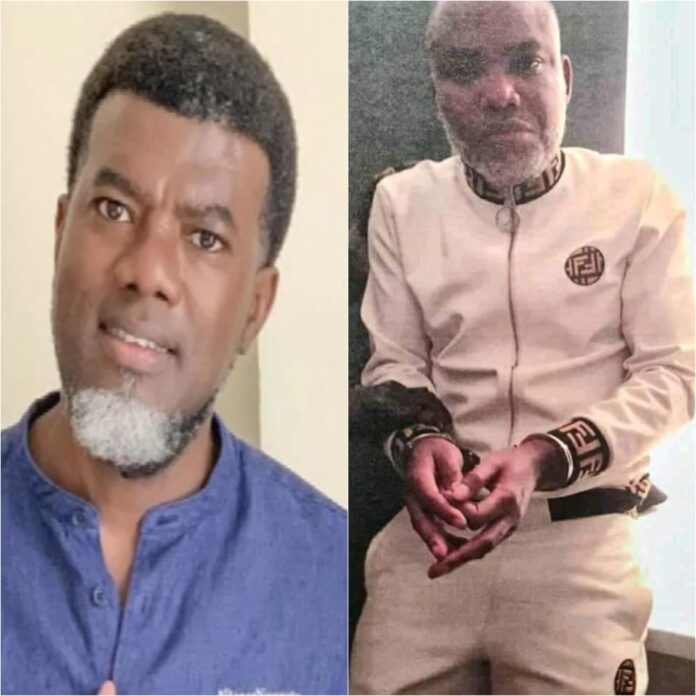 Reno Omokri, a former aide to ex-President Goodluck Jonathan, has hinted that Nnamdi Kanu, leader of the Indigenous People of Biafra, IPOB, was rearrested in Kenya.

Omokri said, a top official of the Nigerian government disclosed this to him.

He disclosed that the United Kingdom, UK, was not aware of Kanu’s rearrest and extradition to Nigeria.

In a tweet, Omokri said the government official disclosed that Kanu’s detention was illegal.

Omokri wrote: “I just spoke with a top UK government source. Nnamdi Kanu was NOT arrested or extradited by the British.

“According to this official, Kanu was “almost definitely arrested in KENYA” and “it was an illegal detention”. I won’t reveal my source, but I have him on record.”

Kanu was rearrested on Sunday by a combined team of Nigerian and foreign security operatives.

This was disclosed by the Minister of Justice and Attorney General of the Federation, Abubakar Malami.

Malami had disclosed this during a press conference in Abuja on Tuesday.

Pastors Or Priests Have No Scriptural Authority To Join Couples In Holy Matrimony, Only Parents Do – Pastor Reno Omokri