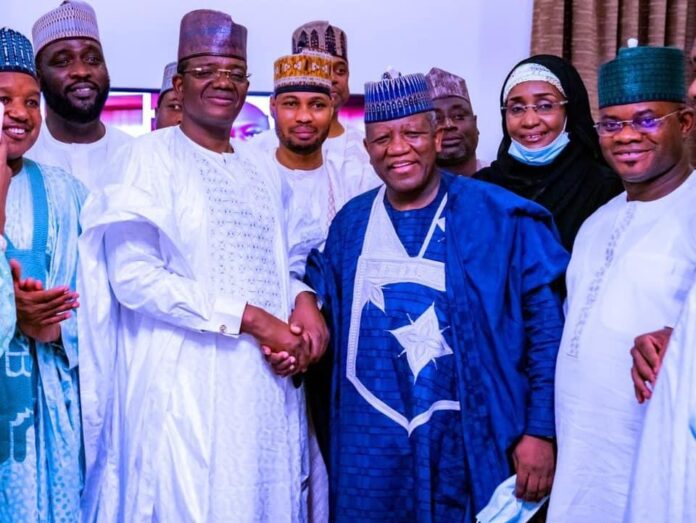 The National caretaker committee chairman of the All Progressives Congress (APC), Alhaji Mai Mala Buni, on Tuesday, dissolved the executive council of the party in Zamfara State.

Dissolution the council affected both the ward, local governments and the state level.

Buni made this known during the official defection ceremony of the state governor, Bello Mohammed Matawalle in Gasau the state capital.

The former governor of the state, Abdulaziz Yari, who was hitherto the leader of the party, said he had accepted the party’s decision, stating that he would be ready to offer all necessary support to the current leader.

“We will support the state governor and I want remind him to be wary of sycophants so that the cordial relationship being enjoyed will not be truncated.”

No fewer than ten governors, ministers and other top politicians were present at the event.

They include, governors of Katsina, Borno, Ogun, Plateau, Kano, Kogi , Kaduna, Jigawa, Niger and Kebbi states, Secretary to the government of the federation, ministers , senators, members of House of Representatives

Nigerian governor hands over power to his deputy, gives reason