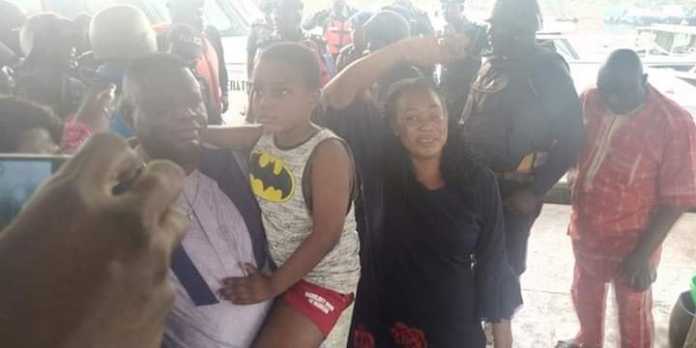 All suspected kidnappers of the little child were arrested by the Operation Puff Adder unit of the Bayelsa Police Command.

The Kidnappers we’re arresting in their hideout after demanding for N50 Million as ransom.

Eyewitness told NAIJA LIVE TV that the gunmen broke into the house of the commissioner for water resources Hon. Nengi Talbot Tubonah and was asking we’re is the money but when the commissioner said there is no money they kidnap his little 6yrs old child.

The Water Resources Commissioner’s 6-year old son was kidnapped after dispossessing the family of some valuable items.

“We are no longer responsible for payment of your salaries” – Dickson to Political Appointees ..Tagged them as Hoodlums

Intrigues as Gov. Dickson bows out

‘Seven reasons Supreme Court can reverse itself on Imo...

Two weeks after wedding, Imam discovers his wife is...

American Pastor narrates how she saw where Prophet TB...