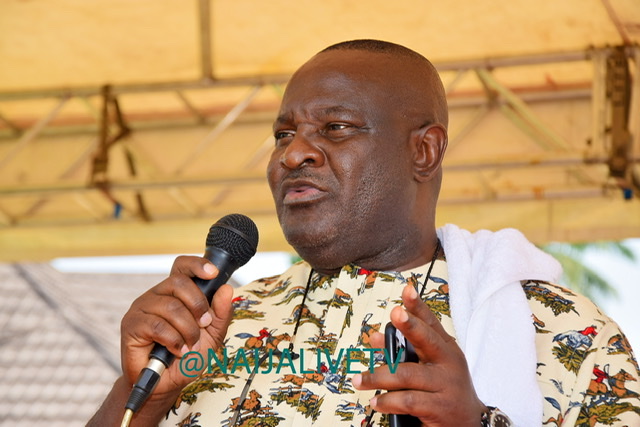 An Ijaw Nationalist and Chairman, Supreme Egbesu Assembly, Werinipre Noel Digifa, has urged the Ijaw Nation to focus on resource control, and not the Petroleum Industry Bill passed by the National Assembly.

Digifa, in an interview with Orient daily, maintained that the Petroleum Industry Bill has no bearing on the livelihood of the people, as critical issues affecting the Niger Delta region were not addressed.

He faulted critical sections of the bill which defined oil producing communities to mean areas where pipelines were laid through.

According to him, “this makes it mandatory for Communities in Northern Nigeria which have no crude oil to be part of host communities, an act he described as a great injustice meted to the Niger Delta people.

He lamented the negative impacts of crude oil exploration on the environment and livelihood of the people of the Niger Delta, saying that the people can no longer go to the river and farms because of pollution caused by oil spillages.

He expressed displeasure that members of the National Assembly from the northern extraction were able to use their parliamentary strength to undo the people of the south-south by passing a bill which failed to provide solutions to issues that led to agitations in the Niger Delta.

Werinipre Noel Digifa posited that, rather than crying over the Petroleum Industry Bill, the people of the Niger Delta should push for resource control, as only this can guarantee their socioeconomic existence in a country like Nigeria where the north has used their power over the years to take what rightfully belongs to the South-south.

He also lamented how the Federal Government is clamping down on secessionist groups fighting for independence of their people, while overlooking issues of insecurity that has continued to claim lives of the citizens in the north.

He said it was surprising that the Federal Government could fish out the leader of the Indigenous People of Biafra, Nnamdi Kanu, while killer herdsmen, bandits and other terrorists are on the loose; terrorising the country daily.

Mr. Digifa also reacted to the withdrawal of the Atala Marginal Oilfield licence from the Bayelsa State Oil Company by the Federal Government, advised Bayelsans not to put the blame on former Governor of the State and current Minister of State, Petroleum Resources, Timipre Sylva.

He wondered what Sylva could do about the issue when President Muhammadu Buhari had already made up his mind to revoke the license.

According to him, issues like this are enough reasons for the Niger Delta people to push for resource control and pay taxes to the Federal Government – like in advanced nations.

He noted that, “Ijaw, they say is the fourth largest tribe in Nigeria, and if they could withdraw the Atala Marginal Oilfield licence because of managerial issues, what do you think? Bayelsa is a small part of the Ijaw nation.”

According to him, “We are the highest losers, our environment is polluted, the receivers (Federal Government), out of how many oil blocks, which one was given to an Ijaw man?”, he queried.

The Coalition of Rivers Oil and Gas Host Communities (CROGHCOM) has rejected the Petroleum Industry Bill PIB recently passed into law by the National Assembly and reportedly assented to on Monday by President Muhammadu Buhari.

In a Press Release in Port Harcourt Monday shortly after the news of President Buhari’s assent to the bill, CROGHCOM said; “We want to state very clearly that this PIB is just a rubber-stamp of what the Executives wanted. That’s why it’s been hurriedly passed and signed just like that”.

The statement which was signed by Chairman of the Coalition, Barituka Loanyie added; “We want our people and indeed the world to know that the meager 3% provided for the host Community Trust signed into law by the President is to be managed by the oil companies. The oil companies are the ones that have the responsibilities of setting up and managing their respective host community trusts. It is like the case of the Niger Delta Development Commission NDDC, where they give with one hand and take with the other hand”.

The group said, “Our attention has been drawn to the news of president Buhari signing the controversial Petroleum Industry bill into law without resolving the ambiguous rifts in it or even putting into consideration the outcry of our people. We want to state very clearly that this PIB is just a rubber-stamp of what the Executives wanted. That’s why it’s been hurriedly passed and signed just like that.

We want our people and indeed the world to know that the meagre 3% provided for the host Community Trust signed into law by the president is to be managed by the oil companies. The oil companies are the ones that have the responsibilities of setting up and managing their respective host community trusts. It is like the case of the NDDC where they give with one hand and take with the other hand.

The host communities coalition further stated; “We reject this PIB because it does not scratch where is itching us. This is complete injustice. If the Solid minerals act can provide better protection for communities in the extraction site, why will the case of the PIB be different? The Solid Minerals Act provides for the establishment of an Environmental Protection and Rehabilitation Fund to guarantee the Environmental obligation of mining companies. These funds ensure the restoration of any damaged Environment in the cause of mining activities but the PIB denies Oil and gas communities that right.

“We will continue to agitate because that Bill does not scratch where is itching us. We therefore maintain that if the PIB was birthed to holistically address the challenges in oil and gas host communities, then there should be a merger of both the PIB with those of the solid minerals act into a single Extractive Resources Community Development Bill.

We want the oil and gas host communities to know that the next stage of the struggle has just started and we will do it non-violently”, the group concluded.