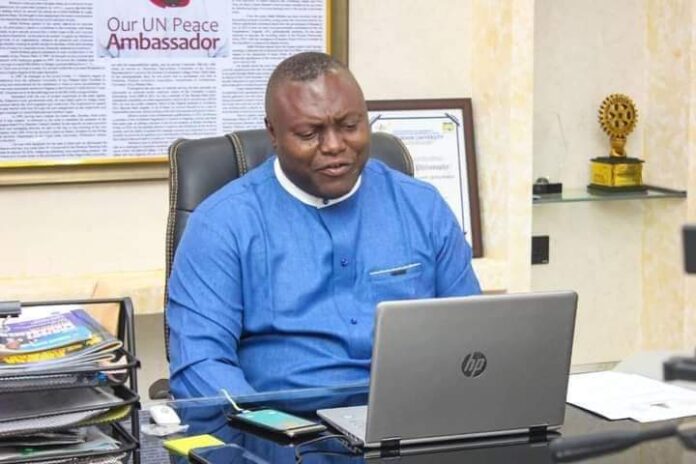 The Chief Executive Officer (CEO) of Baraza Multipurpose Corporative, Arc. Miebi Bribena, has appealed to investors to give him extra ten months to pay-off over 40,000 members that invested in his Foreign Exchange (Forex) trading venture.

Bribena made the appeal during a live Brekete Family Reality Talk Magazine Program, promising to commence weekly payment of returns to investors starting from 20th August, 2021.

According to him, the payment of returns would take a bottom-top approach, “meaning that we would start with those that have lowest investment upward” he added.

NAIJA LIVE TV learnt that with the new payment plan, all investors would receive their returns by the end of May 2022.

Explaining further, he said “all those that have received profit four times would get only their capital, while first time investors would receive their capital and profit.

“The reason why we want more time is because we lost close to N450 million that staff stole. So far our forensic auditors have exposed this. And we are yet to recover that money.

“The point is that out of this money that was stolen by staff, we have recovered only N11 million. I am not denying the fact that there is no problem but I need time to settle everybody. I am even ready to sell my private house to settle this matter.

“So far, we have paid over N150 million to those who terminated their contract with us before somebody dragged us to court and froze our account. The case would be heard in September but I would not wait till then. We would commence payment soon through other means I cannot say publicly.

“Like I said earlier, we have lost some money to staff and we need to generate funds again. We are going to pay in batches until we pay everybody but we would start from those who have not received any profit at all.

It could be recalled that Baraza, was the toast of Bayelsans for over a year with nearly every household in the state having a registered member among the over Forty five thousand members, until March this year when it ran into problems.

In April, Bribena, announced a pause period for payment due to the sudden crisis which he alleged resulted from the fraudulent practice of some of his staff and a faulty trading platform of the organizatio.

He had given assurance with every fibre in his body that after the three months, joy will return to the members as they will start smiling again to the bank but sadly few days after the resumption and the payment of few members, Bribena announced that its operations has been halted due to a court order, freezing the Bank accounts of Baraza.

The announcement did not go down well with the members who accused him of masterminding the court order because of his plans to allegedly defraud them, an allegation he denied.

Frustrated by the turn of events, the members had planned to stage a peaceful protest to Government House Yenagoa but the government through the Commissioner for Information, Orientation and Strategy, Hon. Ayibaina Duba, warned them not to, saying they should resolve their issues as Baraza was not an appendage of the government.

Baraza: The Road Map to EFCC? …As Powerful Gov’t Officials vowed to recover funds at all cost