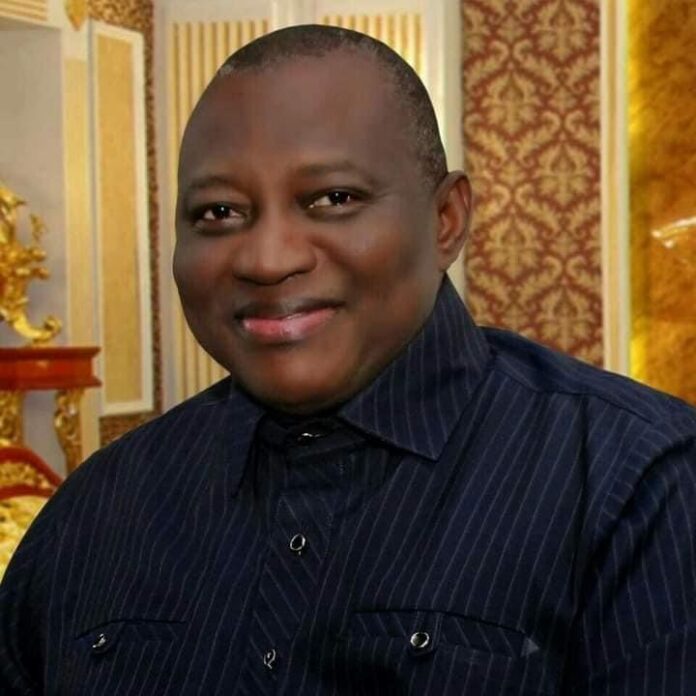 Any worthy endeavour in life is supposed to be underpinned by sound principles and beliefs that drive action. In politics those beliefs and principles are ideologies.

They are the principle which guides the political behavior ala character of political actors and determine the direction of political activities, ranging from internal party positioning, discipline, campaign, electioneering and ultimately governance.

At independence in 1960, Nigeria did not enjoy the luxury of evolving political parties with ideological grounding. The complete lack of ideology has made Nigeria to flounder sixty years after independence. Some leftist scholars attribute the poor governance culture in the country as a fallout of dearth of ideology.

The First Republic political parties emerged just to full the vacuum erected by the absence of the colonial master. Neither the National Party for the Nigerians and the Cameroons NCNC nor the Northern Peoples Congress NPC ever considered governance in their principles.

The avowed ideology of the NPC was to protect the interest of the monolithic North and the creed they profess. This explicitly stated as a motto of the party.

During the 30 month fratricidal war, our leaders dallied with the two ideologies that ruled the world but socialism and capitalism did not take root until Nigeria joined the Non-Aligned Movement.

There was no autochthonous ideology like the Ujama Philosophy as posited by Julius Kambarage Nyerere of Tanzania or Consciencism of the Osagiefo Kwame Nkrumah’s variety in Ghana.

Nyerere’s philosophy found expression in the field of education too. Ujama was an integral part of the socialist project, focused largely on self-reliance, total liberation and empowerment of the person and society, and the active integration of education throughout one’s life and in every aspect of human existence. This paid off.

Nkrumah defined his belief system as “the ideology of a New Africa, independent and absolutely free from imperialism, organized on a continental scale, founded upon the conception of one and united Africa. Consciencism became a foundation of Africa’s revolution and triggered reactions in the diaspora.

Nigeria never had a philosophy. Only the Action Group, AG, led by Chief Obafemi Awolowo adopted welfarism as an ideological paradigm and this influenced its political actions especially in the area of education.

Even after the protracted military interregnum the second Republic that emerged towed the same pattern of ideological hollowness. There was nothing concrete to influence discipline, internal democracy and the dialectics of who gets what.

The curious interplay of money, religion and regional politics played a huge role in who controls power and allocates scarce resources.

It can be asserted without equivocation that since 1960, Nigeria has not evolved political parties with clear-out ideology to drive change and development. This sad reality is what has defined political behaviour and actions.

One area where political actors have demonstrated ideological deficit in politics, is the deployment of money and religion in swaying votes. The rate at which some politicians decamp from one party to another is strange.

While the constitution allows freedom of association, Nigerian politicians do not believe in building political structures on the long-term. If their political party fails to win elections, they defect to another which is assured to be stronger-with mass appeal in the area.

They are more guided by their stomach instead of principles. Like interlopers, they jump even though there is no viable option or platform for the articulation of any progressive agenda. In party politics turnover is very high in Nigeria.

Another visible area that shows ideological deficiency is during electioneering.
The campaign of the 1960’s and those of the 2020’s have not changed much.

The familiar campaign promises are hinged on the promises of physical and social infrastructure such as education, health, job creation, agriculture and security among others. No politician has mounted any innovative campaign such as the provision of social security, space policy, technology and biotechnology. By implication, most people canvass for power just for money and allocatable resources. They do not contest any election to transform society.

It is against this background that when they assume power, their administrations are characterized by non-adherence to transparency principles. They play politics with serious developmental issues such as basic education, healthcare, security and the welfare of the electorate. Politics is turned into a zero-sum game where the winners takes all and leaves nothing for the loser.

Understandably, the deployment of the instruments of thuggery creates a climate of fear during campaigns.

Elections are characterized by vote buying, indiscipline, pre-bendalism and violence. These symbolisms transmogrify into lootcracy when they assume power. Money is the real essence of politics in Nigeria. They are champions of ethnic, supremacy and sentiments. They forget too soon that they were elected on the platform of a Party.

Apart from looting, they abandon on-going projects or complete them at over-inflated costs. They deny even political appointees their lawful entitlements and rather use the looted money to bribe anti-graft agencies. They patronize native doctors in the night, neither sleep, dream or see clearly the direction where their states are headed.

Ultimately , the enterprise of governance is reduced to a joke or at best a pool side party. They give politics a bad name and with their anti-people policies sentence millions to untimely death. They use policies to strangulate people and dance on the graves of the down trodden hoi polloi.

In Nigeria, the character of politicians is dictated by the ideological hollowness in the system. The purveyors of new-breedism have become dreamers of social utopia. Whether our political parties will initiate and nurture some fringe ideology is yet to be determined. Not today and certainly not tomorrow. It may occur only when there is some requisite political engineer.

John Idumange, Is a public intellectual, Writes from Yenagoa.