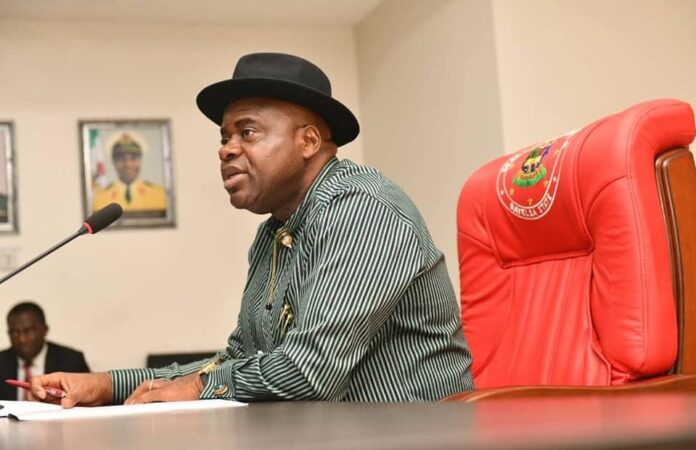 Suspected Hired thugs on Friday attacked a one-time Speaker of the Bayelsa State House of Assembly, Rt. Hon. Boyelayfa Debekeme and Special Adviser to the Governor on Labour and Productivity, Hon. Famous Daunimughan over the decision to attend the Political stakeholders meeting to discuss the zoning arrangement for the West Senatorial district of the State.

The attack, which was condemned by the Elders and Youths of Ekeremor Local Government, however did not stop the gathering of political Leaders and Elders from the Ekeremor Local Government area of the Bayelsa West Senatorial district, warning the Former Governor of the State, Senator Seriake Dickson and others against show of disrespect to the existing principle of zoning being used by the Sagbama/Ekeremor axis to elect those to represent them at the National Assembly.

According to the Political leaders from Ekeremor local government, which is made of PDP members including the member of the Federal House of Representative representing Ekeremor/Sagbama Federal constituency, Hon. Fred Agbedi, a one-time Commissioner of Special Duties and Legal Practitioner, Barr. Fedude Zimughan, a Commissioner for Local Government affairs, Chief Thompson Amule, member of the State House of Assembly representing Ekeremor 1 constituency, Hon Tare Porri among others, cautioned that any politician who wish to contest for the two seats of the National Assembly should respect zoning.

Barr. Fedude Zimughan, who read the communique under the umbrella of EKEREMOR LOCAL GOVERNMENT ELDERS’ FORUM, noted that the zoning arrangement between Ekeremor and Sagbama people is a family arrangement that has been mutually beneficial, no matter how highly placed the caliber of politician involved. “No reasonable and patriotic citizen from the zone will do anything ungodly to cause disunity between the Local Government Areas with a view to truncating the zoning”.

The Political Elders however expressed appreciation to Governor Douye Diri and his Deputy, Sen. Lawrence Ewhrudjakpo, for standing on zoning in 2020 Senatorial by-election in Bayelsa West and appealed to them to assist in consolidating it,”those interested in contesting for any of the National Assembly seats should confine themselves to complying with the existing zoning arrangement . That is, House of Representative for Sagbama and Senate seat for Ekeremor Local Government Councils.”

“That it will morally indefensible for any politician to allow the future of our children to be mortgaged. Prosperity will not forgive us. That the Elders strongly reaffirm the existing zoning formula as regards the two national assembly seats for the two local government areas and shall vehemently resist ny politicians who intend to truncate the beautiful and harmonious existing arrangement over the years irrespective of status.”