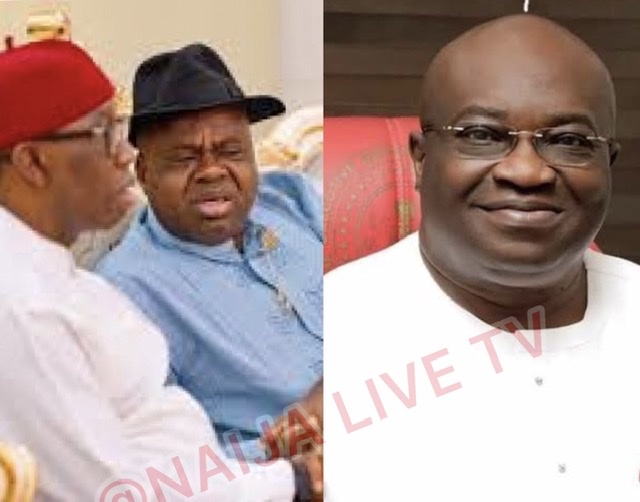 Horsetrading over the zoning of the presidential ticket and national chairmanship of the main opposition Peoples Democratic Party (PDP) is threatening to wreak more havoc on the party.

Following reports that the chairmanship has been allocated to the South by the party’s Zoning Committee led by Enugu State Governor, Ifeanyi Ugwuanyi, two Southern governors as well as scores of National Assembly (NASS) members, are said to have commenced plans to dump PDP ahead of its national convention.

Sources close confided told NAIJA LIVE TV that dissatisfied with the decision which they interpret to mean an automatic move to forestall zoning of the 2023 presidential ticket to the South, the governors, who incidentally had been approached by the leadership of the All Progressives Congress (APC) in the past, have resolved to dump their party “before it is too late to do so.”

An aide to one of the governors who is from the South-South, speaking on condition of anonymity said his principal was extremely sad about the decision of the zoning committee.

“Plans are now in top gear for us to disassociate our state from the ill-advised zoning arrangement. Our governor has made it clear from day one that what we want is the 2023 presidential ticket of the party. That is why no chieftain of the PDP from our state has shown interest in the national chairmanship position,” he said.

“He has been one of those urging the party to do the right thing. His contributions to the discussion during the recent Southern governors meeting where they all agreed to press their parties to zone the presidency to the South is on record. That is why he’s shocked to see the outcome of the zoning committee’s report, headed by a fellow governor who was also at the meeting.”

He disclosed that APC emissaries had visited his boss earlier in the year with a view to getting him to defect, but as a loyal party man he made it clear the only reason he would leave PDP was if the party failed to give the 2023 presidential ticket to the South.

“His fears have just been confirmed and those saying he’s on his way out of the party are merely saying what they know will happen next,” the aide stated.

Checks by NAIJA LIVE TV further revealed that the concerned governor, while speaking to a parley of selected PDP leaders held at Government House in his state on Friday, insisted that it was impossible for him to campaign for a northern presidential candidate in 2023.

“He asked how he or the PDP leaders present will explain to their people the reason for backing a northerner at a time the South appears united and resolute in their quest for the presidency, and after eight years of Buhari’s presidency. He vowed to support a candidate from any part of the south, but not a northerner and majority of those at the meeting were in support of this position,” another source added.

NAIJA LIVE TV also gathered that another PDP governor yesterday while playing host to a delegation of the Ohanaeze Ndigbo leadership in his Southeast state, promised his guests that rather than support a northern PDP presidential candidate in 2023, he will leave the party. The second term governor, while responding to a plea from the delegation for him to back the Igbo presidency agitation, assured them that he remains committed to the agenda.

“The governor told us that following the surprise zoning of the national chairmanship of his party to the South, many chieftains of the party in the region are unhappy as they fear a plot to deny the South the chance to pick the party’s presidential ticket in 2023,”a source who attended the meeting said.

“He, however, reiterated his determination to join another party if PDP fails to zone the ticket to the South. In fact, in his submission, he made it clear that he and some other PDP leaders in the zone are in talks with another party already.”

In a related development, some PDP members of the National Assembly are also said to have resolved to leave the party in protest against the alleged plot to thwart the zoning of the party’s presidential ticket to the South.

There is said to be palpable tension in party’s NASS southern caucus as members demand a categorical statement from the leadership following the zoning of the chairmanship to the South against their expectations.

A member of the House of Representatives from Oyo State who spoke on condition of anonymity said the last time they met, it was unanimously agreed that the caucus would resist any attempt to deny the South the 2023 presidential ticket.

Many of the lawmakers were, however, taken aback by reports of the zoning of the chairmanship to the South. He said: “Going by PDP tradition, it is very clear where the presidential ticket will go if the current arrangement is allowed to stand. Those saying there is a plan to allow all zones contest the presidential primaries are either ignorant of some facts regarding PDP or are being simply mischievous.”

He raised the spectre of mass defection, saying that several senators and Representatives from the South will be forced out of the party by the development.

“Just expect more defections – not because APC or Buhari is doing well, but because there’s no way we will face our people and tell them to vote for another northerner after eight years of Buhari. This is not about party. It is not about performance but more about the agitation of our people for fairness and equity which the zoning arrangement represents,” he stated.

PDP governors are set to meet on Wednesday to discuss a wide range of issues confronting the party and the thorny zoning controversy is expected to top on the agenda.