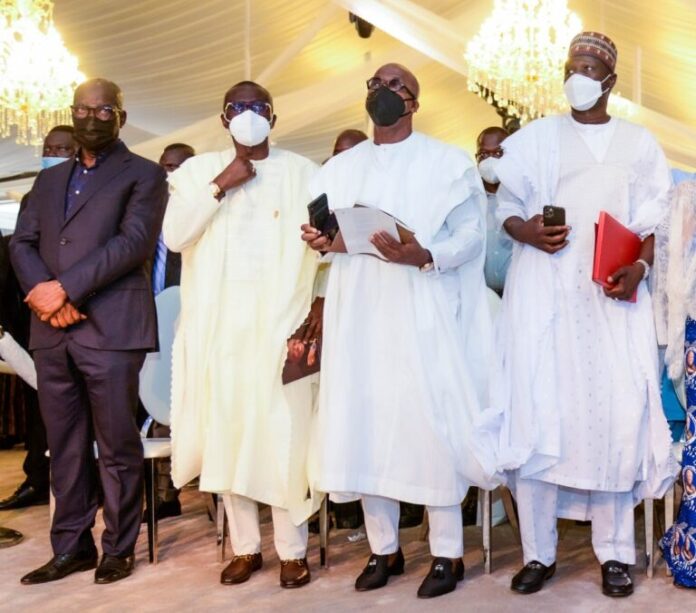 Dignitaries across Nigeria and outside the country gathered in Benin, the Edo State capital to pay their last respect to Edo-born business mogul, Captain Idahosa Wells Okunbo, as his remains were on Friday privately laid to rest after a funeral service at the Nigerian Airforce Base in Benin City.

The Oba of Benin and the Olu of Warri also sent prominent palace chiefs to the event.

Delivering his homily, Pastor Godheart Ekweme said there is a time for everything and that Okunbo had spent the better part of the last one year in “deeper relationship with his creator”.

Speaking on behalf of all the dignitaries present, Obaseki described Okunbo as an uncommon Nigerian who “could be described as a genius, a breaker of class ceilings, a bridge builder, a business tycoon and a philanthropist extraordinary.

“Captain Hosa, as we fondly called him, was a man with a big heart. Though he had a humble beginning, he was armed with unyielding resolve as his children had rightly said and he was determined to surmount life’s challenges and he did.

“He pushed himself to the limits to attain greatness, building an impressive business empire and transforming the lives of numerous people, many of them of Edo origin.

“A trained pilot, he mastered the air quite early in life and searched for the land in the maritime sectors prevailing in all spheres.

“He embodied hard work, perseverance, dexterity and acumen which espoused his Edo heritage. Captain was a philanthropist who gave lavishly off himself and his resources.

“He will be remembered for his undying love for Edo people. His desire for the progress and development of our dear state, the Niger Delta region and Nigeria as well as his invaluable contributions to building bridges across the country will never be forgotten.

“In building a vast business empire that spanned maritime, logistics, security, transpiration, agriculture and hospitality, he displayed a rare business acumen providing employment for thousands of Nigerians and contributing immensely to our nation’s development and progress. He was a devout family man. Undoubtedly, his exit will leave a gaping hole in the hearts of the people he imparted so dearly.”