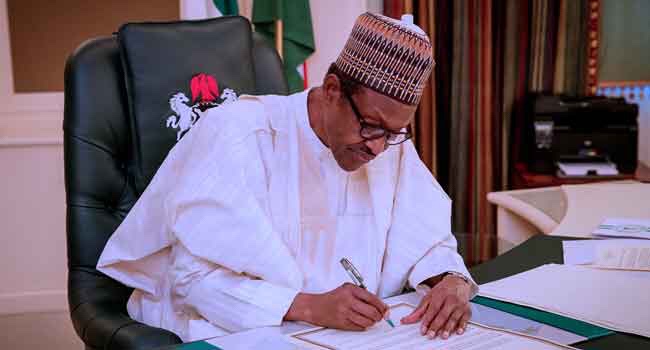 In a statement, Tuesday, in Abuja, Olusegun Adekunle, Permanent Secretary (General Services Office) in the Office of the Secretary to the Government of the Federation disclosed that the President has similarly approved the appointment of two new Chief Executive Officers of Federal Agencies and one Senior Special Assistant.

“The appointees were enjoined to live up to the high expectations of the public for prompt, conscientious and selfless service at all times. The President urged them to regard public offices as trust that should not be betrayed”, the statement added