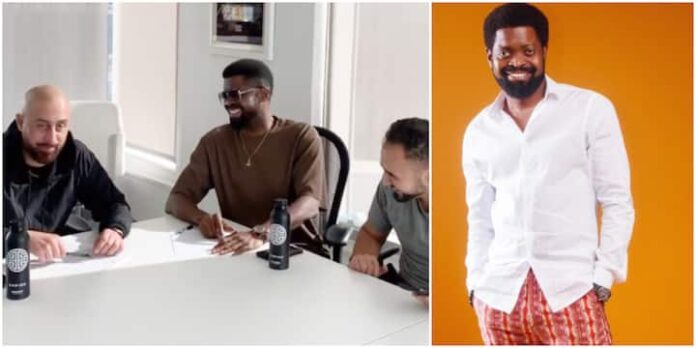 Taking to his verified Instagram page, the excited Basketmouth posted a video and photos of himself with men who appeared to be his business partners in the signing of the deal.

The comedian didn’t stop there, he took to his caption to confirm that he had indeed been signed on to an international record label called Empire.