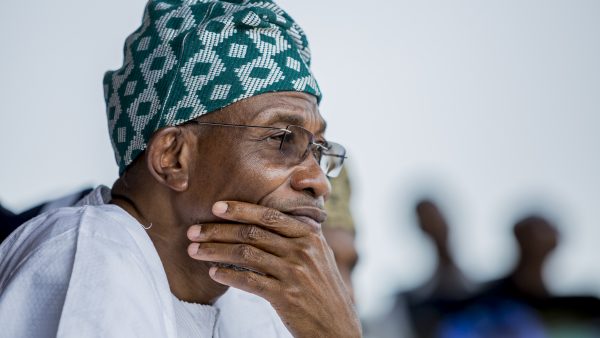 Governor Rauf Aregbesola of Osun State has given the assurance that security agents will soon rescue the Methodist Church priest, Very Rev. Kayode Akande; one Mr. Bankole and Mr. Omodunbi, who were kidnapped by some suspected herdsmen in the state on Sunday night.

The governor said this in Osogbo on Tuesday when officials of the African Development Bank paid him a courtesy visit at the Government House.

He said, ” The victims will be rescued. Security agents are working on this. Do not fear for your lives. We have no threat of insecurity here. Osun is classified among the three safest states.”

He said the case was an isolated one and the incident should not be used to classify Osun State as insecure.

Also, the Oluwo of Iwo, Oba Adewale Akanbi, has called on security agents in the state to increase their presence on the Iwo-Osogbo Road to prevent a recurrence of such incident.

The monarch said this in a telephone interview with our correspondent in Osogbo.

Oluwo, who rehabilitated the road with some individuals said security presence was high on the road after the rehabilitation work was done but said they had relaxed now.

The monarch urged security agents to intensify their search for the abducted persons and ensure their release from the hoodlums.

I Have Not Received Salary As Osun State Governor- Aregbesola Claims

Buhari to Aregbesola/Oyetola: I Won’t Interfere with Osun Tribunal