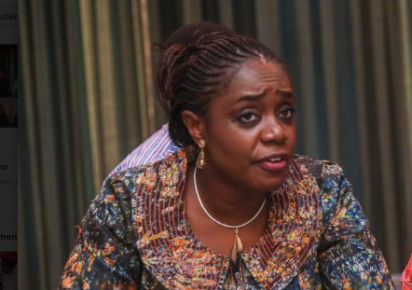 #NaijaLiveTv
An Economist, Dr. Aminu Usman, says the growth in the country’s Gross Domestic Product (GDP) is not translating to improved quality of life of its citizens.

Usman, who is the Head of Economics Department, Kaduna State University, expressed the concern in an interview with newsmen in Abuja on Monday.

He said it was worrisome that the little improvement recorded with regards to the GDP growth rate had not translated to improvement in the people’s quality of life.

The don, however, urged the Federal Government to pay more attention to the sectors that contribute more to the nation’s GDP to enhance sustainable growth.

“This is because the sectors that contribute more to the GDP are still bedeviled by many weaknesses.

“The economy’s future is hanging precariously on the fortunes in the oil sector as it has always been without the much talked about change promised,’’ he said.

According to the National Bureau of Statistics (NBS), the first quarter of 2018 started on a bright note as the GDP grew by 1.95 per cent (year-on-year) in real terms.

The GDP report shows a stronger growth when compared to the first quarter of 2017 which recorded a growth of -0.91 per cent indicating an increase of 2.87 percentage points.

When compared to the preceding quarter, there was a decline of -0.16 percentage points from 2.11 per cent. Quarter on quarter, real GDP growth was -13.40 per cent.

This will be the fourth quarterly consecutive positive expansion since Africa’s largest economy exited recession in Q1, 2017.

Usman, however, said that the GDP figures had shown downward slide back to recession.

“This is a very disturbing trend given the fact that we recently celebrated our exit out of economic recession.

“We should expect a growing positive trend not downward slide in the GDP growth rate,’’ he said.

Meanwhile, the oil sector’s contribution to GDP remains below 10 per cent in first quarter of the nation’s GDP, according to the NBS.

Although the nation recorded some growth in the oil sector during the period, the contribution formed only 9.61 per cent of the total, with the non- oil sector accounting for the rest.

This is despite an increase in the daily oil production to an average of 2.0 million barrels per day (mbpd), higher than the 1.95 mbpd in the fourth quarter of 2017. (NAN)

Nigerian Ministry Of Finance Building On Fire In Abuja