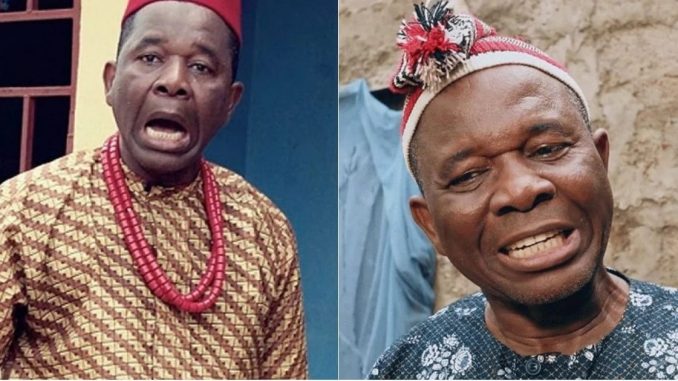 The Actors Guild of Nigeria on Friday said that Nollywood Actor, Chiwetalu Agu, has been picked up by men of the Department of State Services (DSS).

AGN President, Emeka Rollas, revealed this to NAIJA LIVE TV in a WhatsApp chat with one of our correspondents on Friday Morning.

According to him, the actor was arrested by the secret police shortly after he was released by the Nigerian Army.

Rollas said, “The AGN is aware that the DSS has picked up Chiwetalu Agu after the Nigerian Army arrested him.

“We are currently working on securing his release.”

Efforts to reach DSS Public Relations Officer, Peter Afunanya, proved abortive as he neither took calls to his line nor respond to a text message on the same matter as of the time of filing this report.

NAIJA LIVE TV had earlier reported that soldiers on Thursday arrested the actor around Upper Iweka Bridge in Onitsha for wearing an outfit with Biafra inscriptions.

Agu was reportedly on a charity mission to the less privileged when he was arrested by soldiers.

The Nigerian Army in a statement had said that the actor was arrested “while inciting members of the public and soliciting for support for the proscribed Indigenous People of Biafra.”

The Army had also said the actor “dressed in a very well-known attire of the proscribed group”, adding that he was being questioned.

However, the Army was said to have released the actor on Friday before he was picked up by the DSS.

Earlier before his rearrest, the actor was seen seated on a bare floor with soldiers around him.

Agu had said, “I can wear this…this is rising sun, not Biafra, not Eastern Security Network…This is a civil dress

“With my education, I know areas to go, areas not to go”

“I was sharing 10,000 worth of bread when he (soldier) came, no campaign, nobody was doing any demonstration or carrying people along. Even people who were hawking, I was giving them bread.”

Some Nigerians who were gutted by the action of the military had described the actor’s arrest as illegal.